As a result of yesterday, the dollar rose by 107 points against the yen, having overcome the resistance of the embedded line of the price channel. Now a new target at 114.22 is open - the high of November 2018. Breaking this level will open the next bullish target at 115.80 - the January 2015 low. 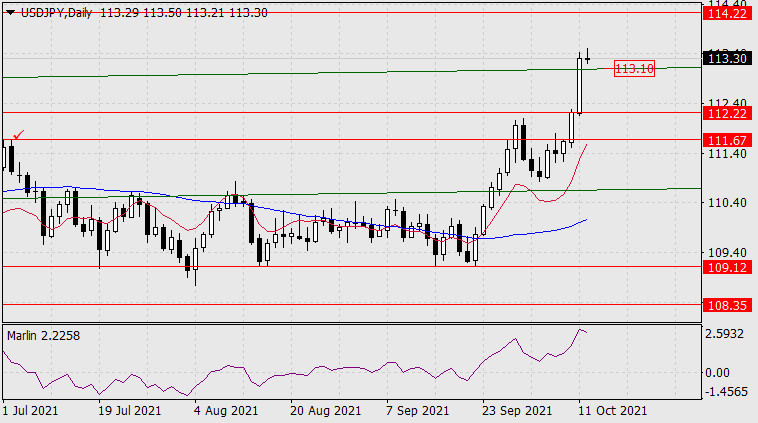 But as before, the pair's growth raises many questions - the accentuated linking of the dynamics only to the growth of the yields of US government bonds, as we see in the business media, in the event of a fall in stock indices and sideways movement in foreign exchange markets, may have negative consequences. We expect a strong reversal from the target level of 114.22. A similar pattern (a similar picture of the price development and the Marlin oscillator) was realized in June 2015, when the price collapsed by 5 figures in five weeks.

The Marlin oscillator slightly turned down on the four-hour scale. Probably, before further growth towards the designated target, the price will slightly consolidate around the level of 113.10.