As we expected on Monday, the price spent the entire day sideways. The close of the daily candle was white, and the upward sentiment remained. The growth target is 115.80, and the signal level for continued growth to the target is the resistance at 114.45, which stopped the price on October 15, 18 and 21. The Marlin Oscillator is moving horizontally, which keeps the likelihood of a continuation of the downward correction to the support of the price channel line at 113.12 at about 35% - just like yesterday. 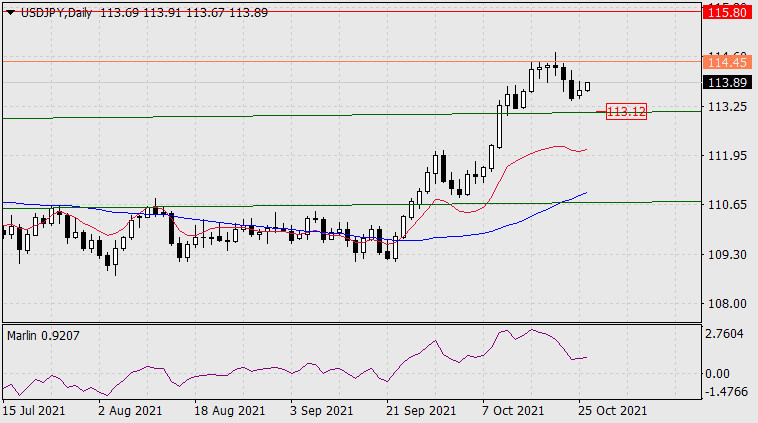 On the four-hour chart, the Marlin Oscillator crossed the border into bull territory. The price develops growth under the balance and MACD indicator lines, which creates difficulties for it. The MACD line is located near the signal level of 114.45, respectively, the price transition above the signal level will give the price an accelerated growth. We are waiting for the development of events. 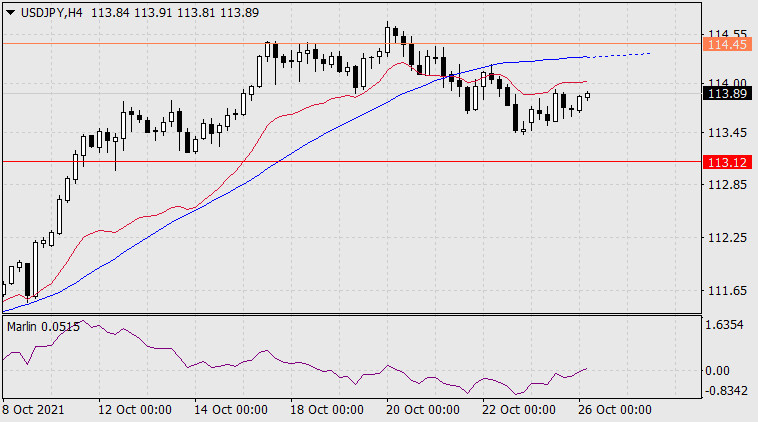