At the moment, the Japanese currency is under pressure from two opposite factors: the yen is strengthening (the USD/JPY chart is decreasing) under the general weakening of the US dollar, which was clearly manifested with the release of yesterday's GDP data for the third quarter, and the yen is weakening (the chart is growing) under the influence of growth of stock markets - the US stock index S&P 500 added 0.98% yesterday, almost reaching a historical record on October 26th. 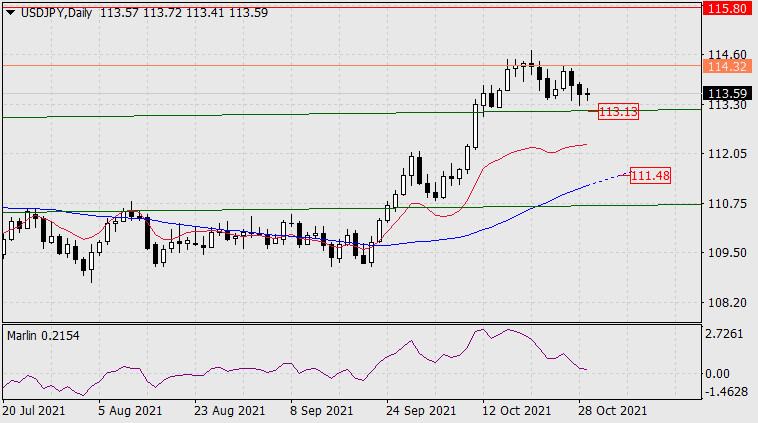 On the daily chart, the price is approaching the support of the embedded price channel line at 113.13. Consolidation below the level may extend the decline to the MACD line in the area of 111.48. In case of a confirmed reversal - breaking through the signal level of 114.32 (high on October 26), one can expect continued growth to the target level of 115.80. 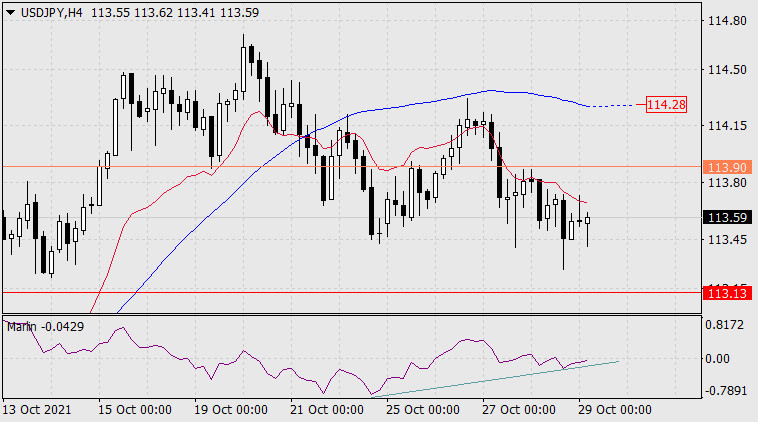