It seems that nothing prevents the Federal Reserve from tightening monetary policy as the US unemployment rate drops to 4.8% versus 5.2% and compared with the forecast of 5.1%. Generally speaking, the data came better than expected, surprising market participants. Against this backdrop, the greenback was expected to strengthen. However, it did not happen. The market came at a standstill. The fact is that the US economy added just 194K jobs in September, well below forecasts of 475K. Thus, a further decrease in unemployment became impossible, as well as the greenback's growth. On top of that, there is a likelihood that the unemployment rate will start rising again. To maintain its balance, the UE economy should add 200K-250K new jobs every month. At the same time, unemployment is well below the Federal Reserve's target rate of 5.0%. Its further decrease might overheat the jobs market, causing a sharp drop in investments as well as bankruptcies and mass lay-offs. When the level of unemployment is too low, there is a shortage of labor force in the jobs market and businesses have to raise salaries. All this leads to a decline in the profitability of such businesses. Under such circumstances, they no longer want to invest in their development or expansion because the profit is unlikely to increase anyway. That is why it is important that the economy adds not so many new jobs so that the unemployment rate can decrease slightly. Above all else, the Fed can now start tapering. In any case, the greenback is expected to go up soon. 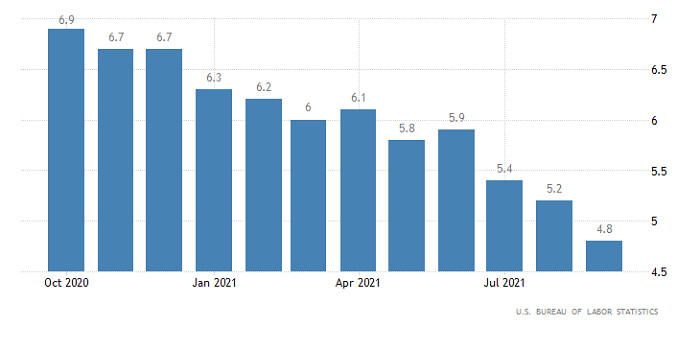 EUR/USD keeps moving down from the pivot point of 1.1530. The market is likely to be bearish. Otherwise, a correction would have started.

The RSI is moving around 50 on the H4 chart, signaling a standstill.

The quote should consolidate above 1.1600 so that a corrective move can begin. In such a case, the price may head towards the swing high as of October 4.

The market is expected to remain bearish. In case of consolidation below 1.1530, the quote is likely to fall to 1.1420.

In terms of complex indicator analysis, technical indicators are giving a buy signal in terms of short-term and intraday trading. In the mid-term, indicators signaling to sell the pair. 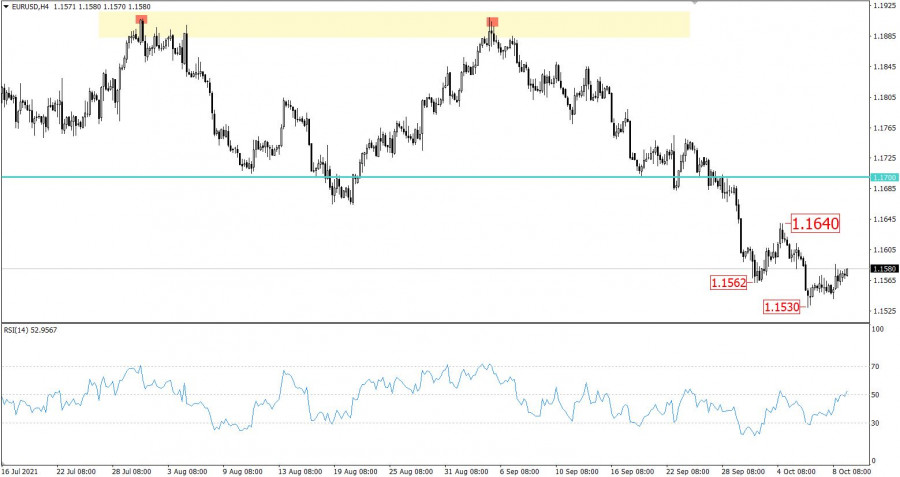