The pound's rally stopped ahead of the North American session despite disappointing housing starts data in the US. The reading fell by 1.6%, missing expectations of a 0.9% drop. On top of that, building permits plunged by 7.8%. The indicator had been forecast to decrease by 1.8%. All this indicates that housing starts will continue to fall. Given all that, the greenback should have gone down. Instead, it edged higher. Since the publication of the industrial production report in the US, the sterling has skyrocketed, becoming overbought as a result. 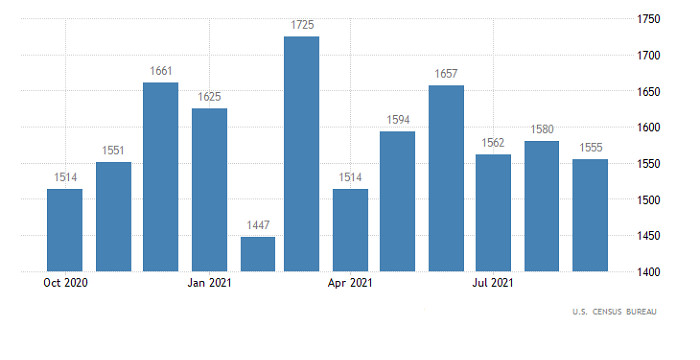 Nevertheless, GBP is incurring losses today despite a slowdown in the UK's inflation to 3.1% versus 3.2%. Although the current drop in the reading is seen as a positive factor amid a global increase in inflation, it does not change anything. Inflation is still at high levels, meaning that the Bank of England's plans for raising interest rates will remain unchanged. Moreover, such a modest fall in inflation may well turn out to be temporary, and its growth could resume next month. In addition, the sterling's recent growth may turn out to be too sharp and too rapid given that all the factors that boosted the greenback have not gone anywhere. Generally speaking, the bullish trend in USD is resuming. 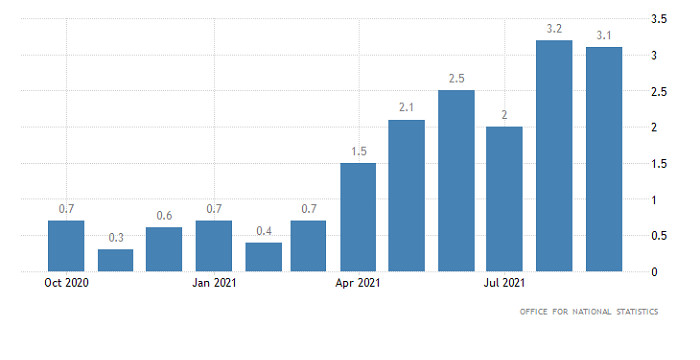 The corrective move in GBPUSD has resumed. As a result, the pair updated its swing high and headed towards the resistance zone of 1.3800/1.3830.

The Relative Strenght Index (RSI) is moving within the oversold zone of the H4 chart. From time to time, it touches line 70, signaling increased demand for long positions.

Meanwhile, the 50.0% retracement level provided resistance to the quote on its way upward.

There is a bearish trend on the D1 chart. In its structure, a full-size corrective move took place between September 30 and October 19.

It can be assumed that the trend may reverse, which is confirmed by the pound's oversold status. Consolidation below 1.3780 will signal to sell the pair. Consequently, it may go down to 1.3730. If so, the price is likely to continue falling.

In terms of complex indicator analysis, technical indicators are signalling to sell the pair for intraday and short-term trading due to a pullback from the resistance level.