The pound in the literal sense of the word collapsed during the second half of September. The scale of its fall was so impressive that it is clearly oversold. There were many well-founded reasons for its decline. Nevertheless, as soon as the negative information background calmed down a bit, the pound was able to carry out a local correction in the blink of an eye. Moreover, it received an additional stimulus for growth in the form of the final data on the index of business activity in the manufacturing sector. A preliminary estimate showed a decrease in the index from 60.3 points to 56.3 points. The final data showed its decline only to 57.1 points. The macroeconomic calendar is completely empty today, and the correction has already ended. But many of the factors that previously contributed to its collapse, in general, did not disappear. So the most likely scenario is a banal stagnation, waiting for at least some news or data that can move the market. 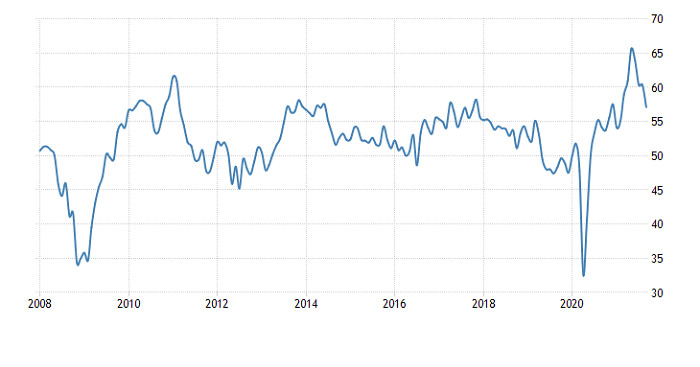 During the rapid downward movement, the British currency reached the area of the level of 1.3400, where the volume of short positions decreased. This led to a slowdown followed by the formation of a technical correction.

The RSI indicator is above the 50 mark, which indicates a fairly strong recovery of the positions for the pound. The oversold status was removed from the market.

Taking into account the strong price change during the last week, there was a risk of a change in trading interests, where the quote has already touched the levels of December 2020.

The level of 1.3570 may well become a resistance on the way of correction, against which there was a slowdown. A signal for an increase in the volume of short positions will be keeping the price below 1.3515. In this case, the resumption of the downward cycle is not excluded.

Comprehensive indicator analysis gives a sell signal based on a short-term period in view of the price rebound from the resistance level. Intraday technical instruments continue to signal buy, due to the recent correction. 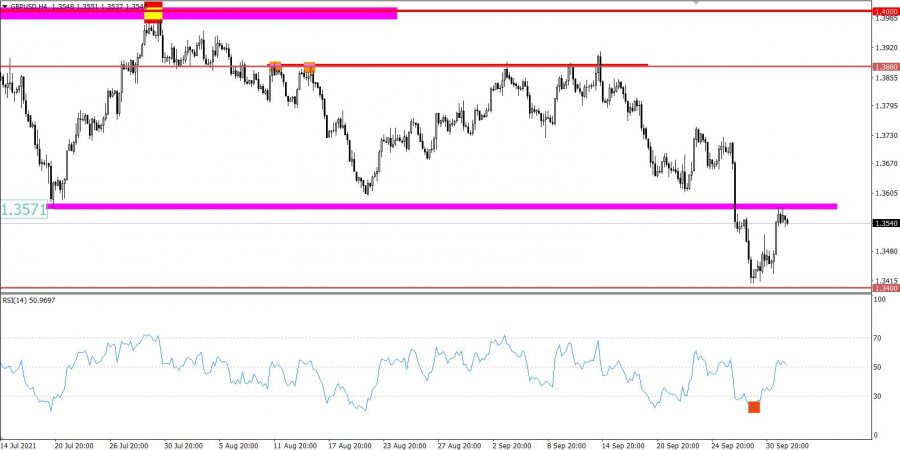