Investors no longer listen to central banks. US economy slowed in Q3

Investors no longer listen to central banks. At least, that was what was observed yesterday, when euro rose despite the dovish statements of ECB chief Christine Lagarde. She firmly said they will keep interest rates near zero as long as necessary, even amid growing inflationary pressures. The ECB also left the deposit rate at -0.50% and the volume of bond purchases at € 20 billion per month. 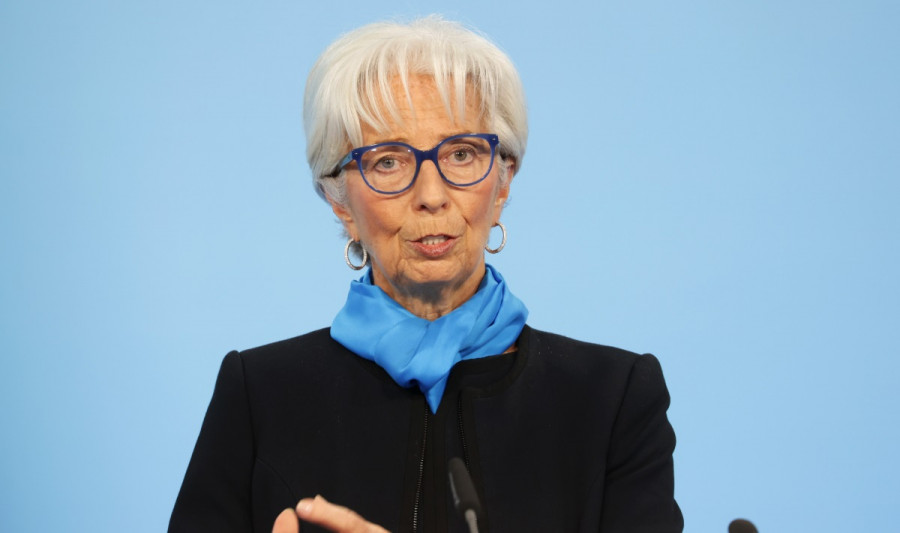 Lagarde's statements also hint that she is confident on a rate hike as early as next year. After all, it is already clear that inflationary pressures will persist much longer than originally anticipated.

"Our analysis shows that it is unlikely that we will be able to achieve the predictions that were given this summer," the ECB chief said.

Many are now betting that the ECB will raise rates around September next year.

Lagarde's statements yesterday indicate that many central banks, including UK, US and New Zealand, are rapidly turning towards tightening their policies.

And since inflationary expectations in EU are at their highest level since 1993, yesterday's meeting was just a prelude to the December showdown over the future emergency stimulus. "Higher inflation is unlikely to continue while the labor market is undergoing a significant decline," brushed off Lagarde. "As soon as the unemployment rate is adjusted for people on vacation, it will be possible to talk about the formation of more medium-term inflationary pressures observed before the pandemic."

The surge in the bond market was surprising either. Italy's 10-year yield, burdened with high government debt, rose 12 basis points to 1.06%. Meanwhile, euro returned to its monthly highs, gaining roughly 0.8%.

Data also indicated that inflation in Spain jumped to 5.5%, while inflation in Germany rose to 4.6%. Economists expect inflationary pressures to hit 3.7%, the highest in 13 years. A fairly significant part of it is associated with rising energy prices and strong economic growth.

With regards to other statistics, Germany reported that the number of unemployed in the country fell 39,000 in October, much higher than the expected 20,000. As such, the unemployment rate decreased to 5.4%, which is so much better compared to September. Obviously, demand for new employees is growing, and short-term employment continues to decline.

But the effects of the coronavirus are still being felt in many developed countries. Access to highly skilled workforce is still a key issue, particularly in the United States.

Going back, economic confidence in the Euro area reportedly rose to a three-month high of 118.6 points in October, thanks to improved performance in the services, construction and retail sectors. But the European Commission's new economic uncertainty indicator remained virtually unchanged at 14.0, still its highest level before the pandemic.

Prices rose this 3rd quarter because issues in the supply chain continue to cause problems. This forced customers to pay higher, which, in turn, led to a 26.2% cut in spending on durable goods. Spending on services also slowed to 7.9%.