Natural gas price surges. Who is to blame and what will happen next? 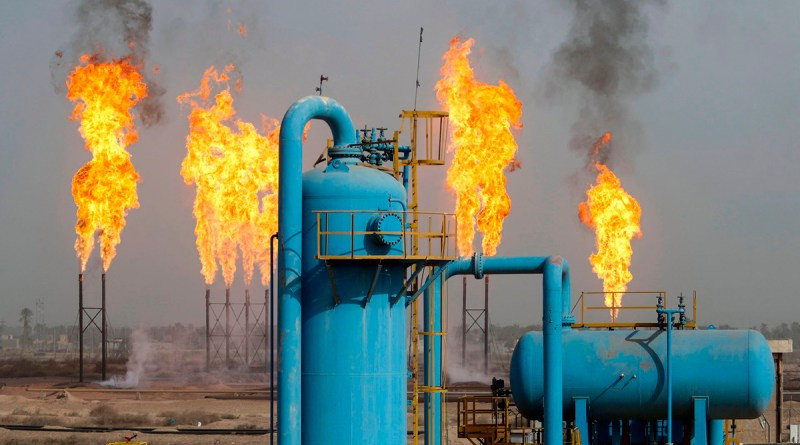 The exchange price of gas in Europe rose rapidly yesterday - by more than 28%. Thus, it reached its absolute high on October 6 - the mark of $1,900 per 1 thousand cubic meters. However, later prices still collapsed by 10%.

The European Union reacted rather quickly and assured the public that it would definitely put forward certain reforms. Prior to that, the finance ministers of France, Spain, Greece, the Czech Republic and Romania, foreshadowing such volatility, had already turned to the European Union with a request to take all necessary measures as soon as possible so that such an unforeseen rise in prices could be resolved in time. In addition, they called for an investigation into the situation on the gas market.

Such price increases could provoke a very serious and long-lasting crisis in the gas industry. There is a clear inability of the market to form a normal gas price. Yesterday's jump in value cannot be called adequate, since it does not reflect either the level of transactions or the general state of the market in Europe.

One of the reasons for such a "swing" is the situation in storage facilities in Europe, where stocks are at their lowest level over the past ten years - 75% (last year this figure was at 94%). There is an acute shortage of gas on the market, although European Energy Commissioner Kadri Simson convinces the media that the current volume of gas in Europe's storage facilities should be sufficient. They must cover the needs of the coming cold season. At the same time, Simson and all members of the European Commission expect that gas prices will begin to decline only by spring.

The reasons for the staggering rise in prices are seen in the lack of support for the further rally from the technical indicators. The first increase in gas reserves in the United States this fall - by more than 100 billion cubic meters - adds to the worries. feet. But the market players directed the main accusations of the rise in prices to the President of the Russian Federation Vladimir Putin.

In recent months, Russian gas supplies to European countries have been a hot topic of discussion among traders and officials. Putin is undoubtedly confusing the commodity market, as he promises new record gas supplies to Europe, where today there is an acute shortage of gas. At the same time, this promise differs greatly from the actions of Gazprom, which has clearly been in no hurry to increase supplies lately.

The European Parliament is convinced that such an increase in gas prices is directly related to the authorities' attempts to force European officials to give the go-ahead for the launch of Nord Stream 2.

In turn, Moscow noted that Europe and China have moved too abruptly from natural gas and fuel to energy. Earlier, China refused to buy coal from Australia, but in recent days, these purchases have intensified again. The Chinese authorities were replacing coal with gas and oil, which in turn increased competition from Russia.

According to Putin, Europe has cut its own gas production too sharply, and at the same time has not been able to fully replace it with energy from alternative sources. The situation was aggravated by weather conditions - a rainy summer and calm September played a role in warming up the market. In addition, it became obvious to everyone that European companies are reducing their activity due to a lack of energy, and this is already working on the side of reducing demand.

Will the cost of natural gas experience staggering growth again and soar, say, to $7? And if it can, how quickly will it happen?

To be honest, these questions are likely to remain unanswered, since it is practically impossible to predict the movement of gas prices today - leaps are quite possible both in one direction and in the opposite direction. And the last word will most likely be with Putin. However, it is also important to see how often the increase in natural gas reserves in the United States will be expressed in three-digit numbers during the coming heating season.

As for the reforms of the European Union, designed to further regulate such situations with prices, the main proposals for changes in the gas industry of the European Union will be made public by the end of this year, that is, in the coming months. Simson has identified key points to transform with these new reforms. It is necessary to revise both the conditions of gas storage and the safety of their supply.

Interesting? Write a comment below.
 Natural gas price surges. Who is to blame and what will happen next?
Forward 
Backward 