OPEC+ supports oil prices, fears of stagflation, and a rising new wave of crisis. Overview of USD, NZD, and AUD

The December Brent crude futures settled above $ 81 per barrel, and it looks like that this is far from the limit. The ministers of the OPEC + countries decided not to increase production beyond the previously approved schedule, so production will be increased by 0.4 million barrels in November, while, according to forecasts, global reserves will decline in the next two months.

The market negatively reacted to the OPEC + decision, but this decision may have deeper reasons than the desire to support high commodity prices. According to research by DanskeBank, the global production cycle is slowing down and a sharp drop in global PMI in the next 3-6 months will most likely happen. If these calculations are correct, then the OPEC+ decision looks balanced.

A possible global slowdown with a simultaneous increase in inflation creates the risk of stagflation. Concerns are already openly expressed by analysts of large banks. One of the striking examples is the reduction of the Fed's QE program, which the market expects, combined with changes in real wages in the United States. How can incentives be reduced with such dynamics? 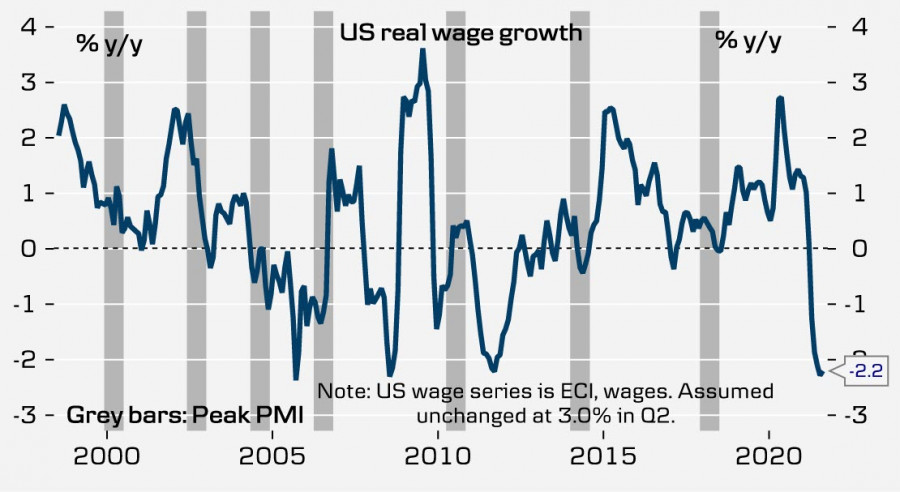 Today, the demand for commodity currencies is expected to remain stable. The rise in oil and coal prices will play a role, and defensive assets will lag behind. In turn, the US dollar will show mixed dynamics, so volatility is likely to remain low in anticipation of the labor market report on Friday.

Tonight, the RBNZ will announce possible changes in monetary policy. The consensus opinion of market participants is that the rate will be raised by 0.25% to 0.5%, for which there are serious reasons.

Before the latest coronavirus restrictions (which are already being lifted everywhere), the RBNZ has actually already achieved its goals. The risks have shifted towards higher inflation, unemployment has fallen to 4%, there is a rapid growth in wages, and strong growth in production is expected in the 3rd quarter.

At the same time, the number of construction permits has increased, card costs have almost recovered, and given the sharp rise in raw material prices and the likely supply crisis that is observed around the world, price pressure is expected to rise across the entire spectrum of the market. 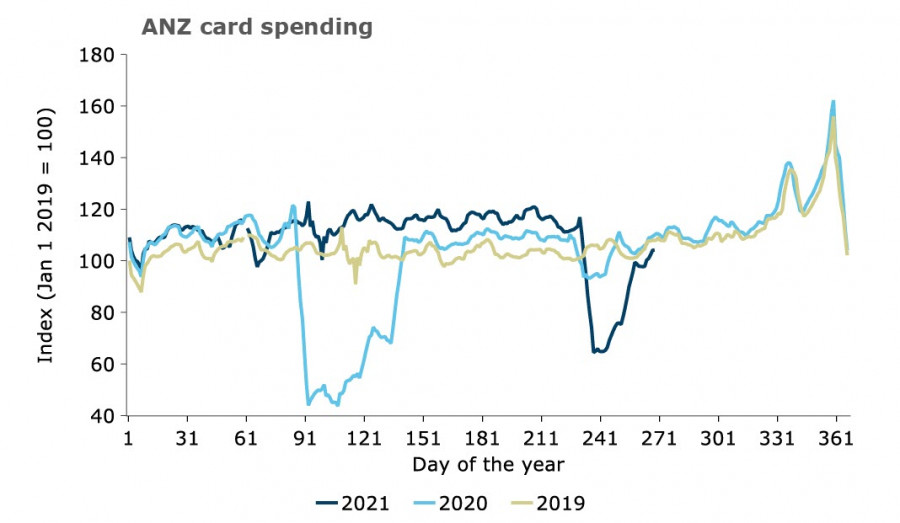 ANZ Bank believes that if this pressure persists, then inflation can easily get out of control, and thus, the RBNZ is unlikely to be cautious tonight.

The expected rate hike has already been reflected in the rate of the New Zealand dollar. In this case, a strong increase in the NZDUSD following the meeting is unlikely. Much will depend on the degree of aggressiveness of the RBNZ accompanying statement.

As follows from the CFTC report, the net long position for the reporting week increased by 145 million and reached 713 million. The advantage is not too pronounced but has been steadily maintained in recent weeks. The yield of 10-year bonds exceeded 2%, and in general, market participants see the potential for growth, which is expected to lead to an increase in the settlement price. 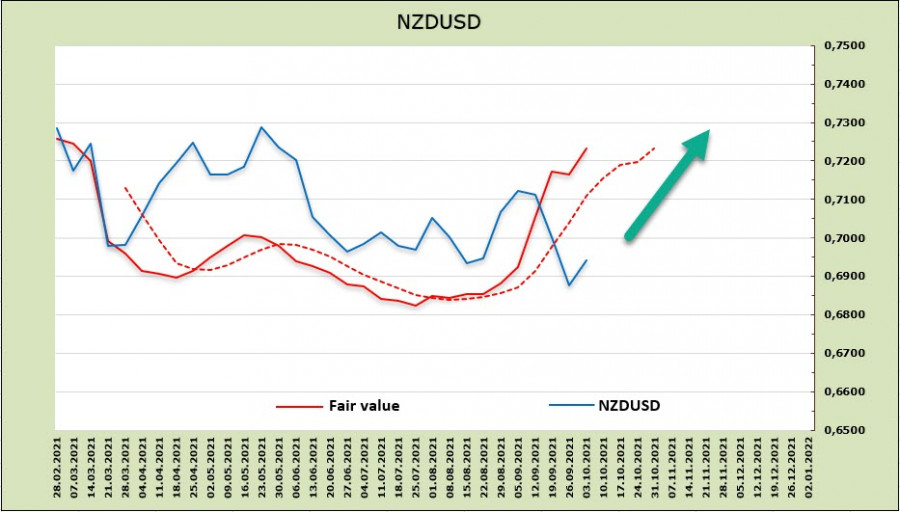 It can be assumed that an attempt will be made to exit the upward channel. The channel border is around the level of 0.7050/70. After that, it is possible to test the local high of 0.7170.

As expected, the RBA left the main parameters of the current monetary policy unchanged at the meeting that ended this morning. In an accompanying statement, the RBA referred to the delta outbreak, which interrupted the recovery of the Australian economy, but expressed the opinion that the slowdown in economic growth would be temporary.

The Australian dollar practically did not react to the results of the meeting, which is not surprising.

The net short position on AUD has slightly increased again and reached -6.251 billion. The preponderance is significant, and the only positive point is that the sales have practically stopped. The estimated price is still below the spot, which provides the first signs of stabilization. 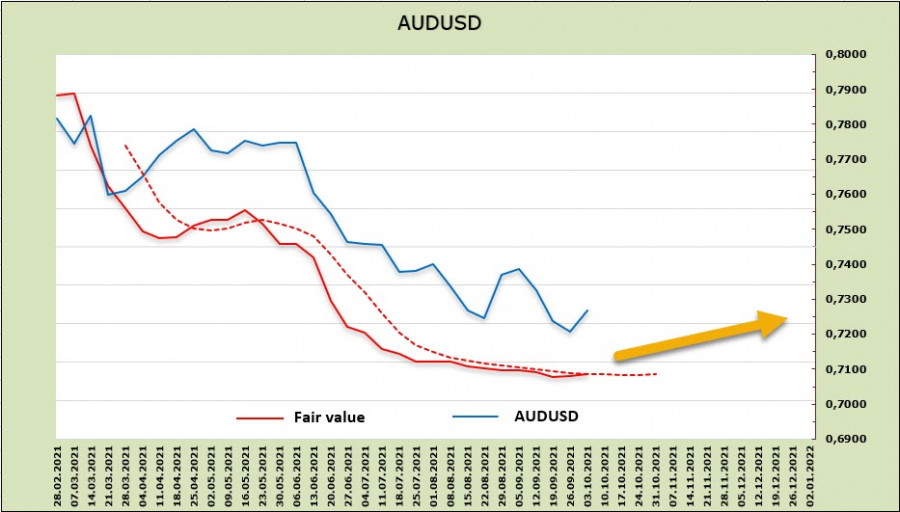 It can be assumed that the Australian dollar enters the consolidation stage. There are still no reasons to rise, but the drivers that contributed to the decline have already been won back, especially given the growth in oil and coal prices. An upward movement to the resistance zone of 0.7310/30 is likely. The upper border of the emerging horizontal channel is about 0.7400/30, so in the event that the AUD enters this zone, the probability to continue sales will increase.