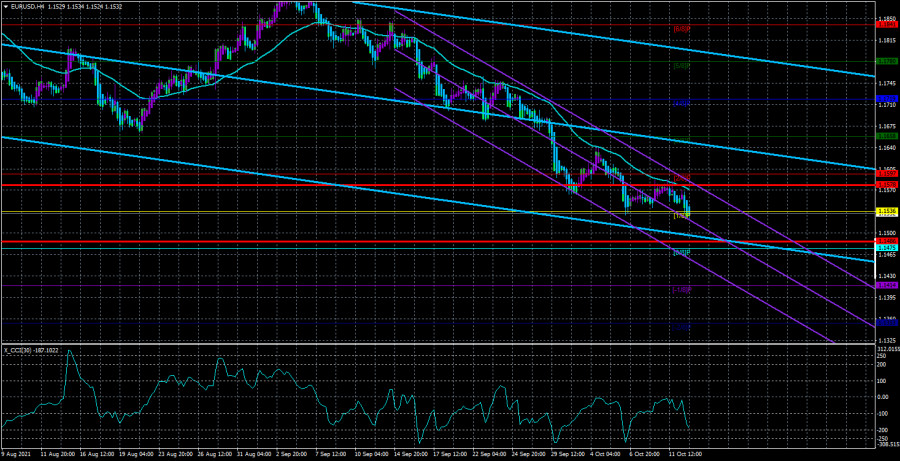 The EUR/USD currency pair continues to trade very calmly. If earlier we repeatedly stated that the pair is trading very weakly, and the volatility leaves much to be desired, the situation has worsened even more. Look at the illustration below. The average value of volatility over the last 30 working days is 49 points. It is very small since the normal value of the indicator is 60-80 points. Such a value for a fairly long period speaks about temporary turbidity and a trend unknown when it will end. Any trader or just an interested person can rewind the chart of the euro/dollar pair a year or two ago and see with what volatility the days passed on average at that time.

We continue to insist that now the market is in an abnormal state for itself. Naturally, it is extremely difficult to trade a pair with such volatility. For example, over the past three days, the pair has hardly budged. Technically, it continues to be located below the moving average line. However, the moving cannot move "by itself." It continuously strives for the price. And in our case, it is not the price that has adjusted to the moving. The moving has dropped to the price, which once again proves that market participants have taken a "long vacation." Based on all of the above, it is impossible to draw new conclusions now. We could write that it will be a buy signal if the price is fixed above the moving average. However, the price after this signal can go up 20-30 points, and the whole movement can end there. Recall that last Friday, the markets ignored the most important Nonfarm report, although its value was unexpected and not in favor of the dollar. Nevertheless, the US currency continues to be near its annual highs.

Since there is practically no news at the moment, let's consider the political sphere of the United States today. During the time of Donald Trump, not a day passed without his name flashing in the media. Trump constantly got involved in scandals, constantly conflicted with everyone, criticized everyone, and believed that he alone understood best in all matters. However, Trump is gone, and the media attention is no longer completely captured by the White House and events related to the President of the United States. Trump resigned from his post as one of the few presidents who failed to be re-elected for a second term.

Moreover, his political rating has become one of the lowest among all presidents in the history of the United States. Then it was difficult to imagine that a more incompetent person would come to Trump's place and gain even lower ratings. But Joe Biden came, and after nine months on the board, his approval rating is 38%. Of course, this is not the final value. The rating can grow, decrease, and mainly reacts to specific actions or inaction on the part of the authorities. So far, we can say that the US government is inactive and does not fulfill its election promises. According to The Washington Post, the most eloquent picture is in Georgia, which for years and decades voted for Republicans. However, it voted for Joe Biden last time, which ensured his election victory. Residents of the state are most dissatisfied with the US government and believe that election promises are not being realized. In particular, we are talking about the "George Floyd law" on justice within the police system, which could not be pushed through Congress.

Thus, as early as 2024, Biden can follow in Trump's footsteps. And Trump will take the post of President of the United States again? Recall that Trump has repeatedly stated that he is going to run for president "next time." Accordingly, we may see a strange and surprising situation: Biden ousted Trump only because Trump ruined everything that could have been, and now Trump will oust Biden because Americans will be disappointed in the Democratic President. 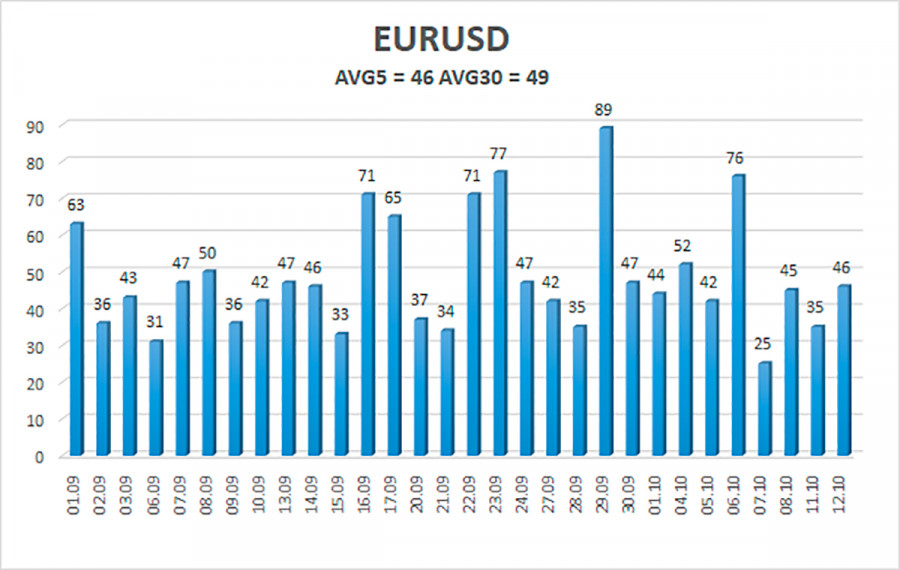 The volatility of the euro/dollar currency pair as of October 13 is 46 points and is characterized as "low." Thus, we expect the pair to move today between the levels of 1.1486 and 1.1578. The upward reversal of the Heiken Ashi indicator will signal a new round of corrective movement.