Bitcoin is steadily consolidating above the $53,000 mark. It may also hold around the $55,000 level where it has encountered a strong resistance level. Analysts are betting on further BTC rally amid the presence of whales and retail traders in the crypto market. However, recently, there have been rumors about the event that may boost the capitalization of BTC. Judging by the statements of SEC members, banking institutions, and the activity of bulls, this event is highly likely to take place. To be precise, the event we are hinting at is the launch of the first bitcoin futures ETF fund in the United States. 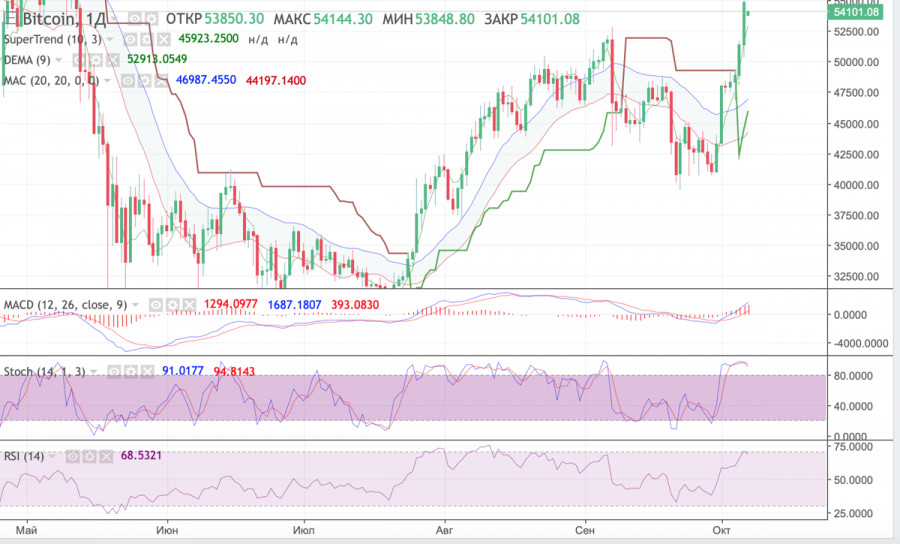 The US regulator will consider the application in mid-October. Many experts predict that the watchdog is likely to give a green light to this project. There are several reasons for it. The main one is the narrow coverage of bitcoin ETFs based on CME futures. Thus, the regulator and the US government will be able to analyze the impact of a narrowly focused fund on BTC quotes and make a final decision on launching a full-fledged ETF fund. In addition, there is a surge of activity in the futures market and a growing demand for bitcoin futures, which may also provide hints about an early SEC approval of the fund. 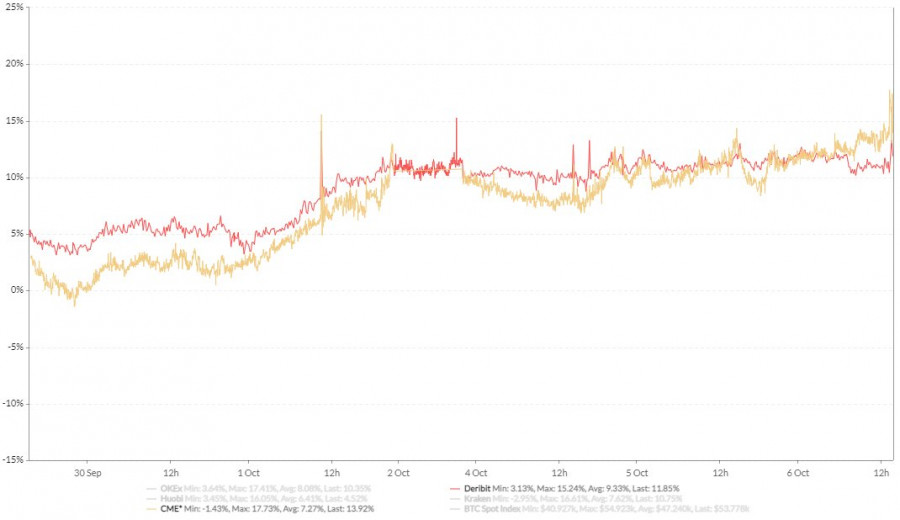 SEC Chair Gary Gensler also said that the SEC would approve an ETF fund if it is based on the futures of the Chicago Mercantile Exchange. However, such an approach arouses some problems, e.g. low investments. Analysts expected that the profit from classic ETF funds is ten times higher than the indicators of a futures fund. At the same time, the current activity signals a possible change in the dynamic. Cryptanalyst Dylan Leclair openly stated that the SEC was going to approve the first futures-based BTC fund. Representatives of US financial institutions are also sure that the project will be crowned with success. US Bank said that its bitcoin custody service for institutions will be significantly expanded amid the launch of an ETF fund on BTC. Apart from that, the bank launched this service quite recently ahead of consideration of the application by the SEC.

All these factors indicate that the SEC is highly likely to approve the launch of the fund. If so, the quotes and the total capitalization of BTC will skyrocket and exceed all the wildest expectations. Over the past day, it has risen by 2%. It is consolidating above $54,000. As of 16:00, the main resistance level is $55,000. Analysts are sure that BTC will soon break through this level cementing a bullish momentum. On the daily chart, the technical indicators show the weakness of bulls, which signals an increase in volumes. The MACD indicator has left the red zone. It continues its upward movement. At the same time, the stochastic oscillator has formed a bearish intersection. It is beginning to decline, indicating that bulls are losing steam. The RSI indicator has also dropped to around 60, which indicates a potential reversal after a stabilization period. 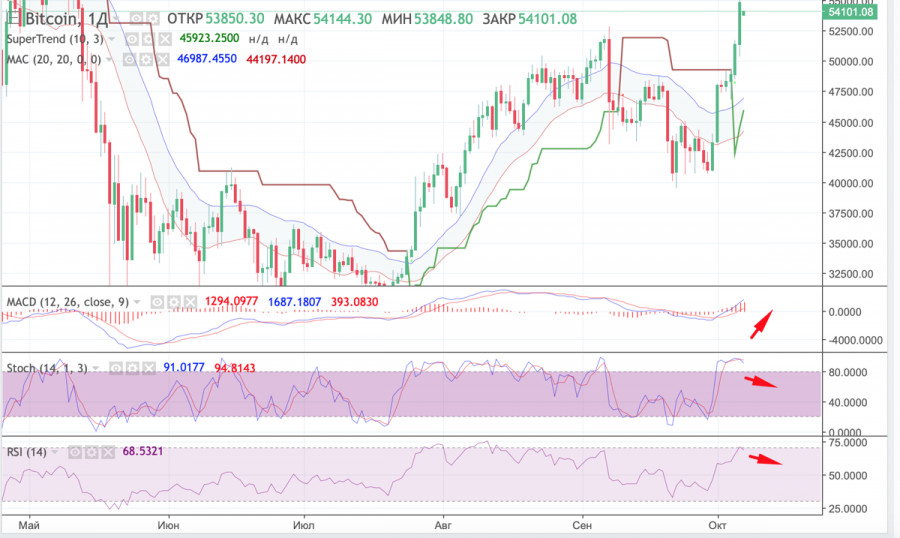 Sentiment on bitcoin is becoming more positive amid investor confidence and favorable fundamental background. Yet, analysts do not exclude the chance of a correction as today's hype triggered by the strong rally of the asset attracted too many crypto enthusiasts. However, BTC broke through the resistance level and resumed an upward movement. The SEC will make a decision on the lunch of the ETF BTC fund and an update of the Taproot network in the near future. So, there is no doubt that BTC may grpw to new historical highs in October.