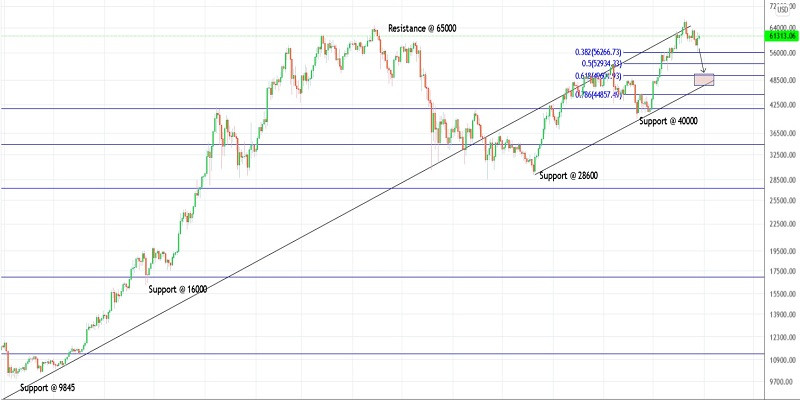 Bitcoin had dropped through $56,400 levels on Thursday, in-line with expectations and as discussed earlier. Also note that the crypto has tested its fibonacci 0.382 retracement of the recent rally between $40,000 and $67,000 levels respectively. Traders might have booked profits on short positions taken earlier.

Also note that Bitcoin bulls are expected to remain in control until prices stay above the new channel support trend line. The channel is passing through $48,500 levels at the time of writing and prices could bounce higher from there. On the flip side, a push above $67,000 will open the door for another high toward $75,000 level before finding resistance.