Now, the pair is testing the weekly control zone, which increases the probability of a downward correction. There is a 75% probability that the main target WCZ 1.1717-1.1700 will be reached. This test is likely to happen next week.

The current main task is to keep the purchase opened when testing the WCZ 1/2. The reduction can also be used to re-purchase the instrument. Favorable prices are within the limits of the Weekly Control Zone 1/4 1.1648-1.1644, which coincides with the level of the market maker last week. 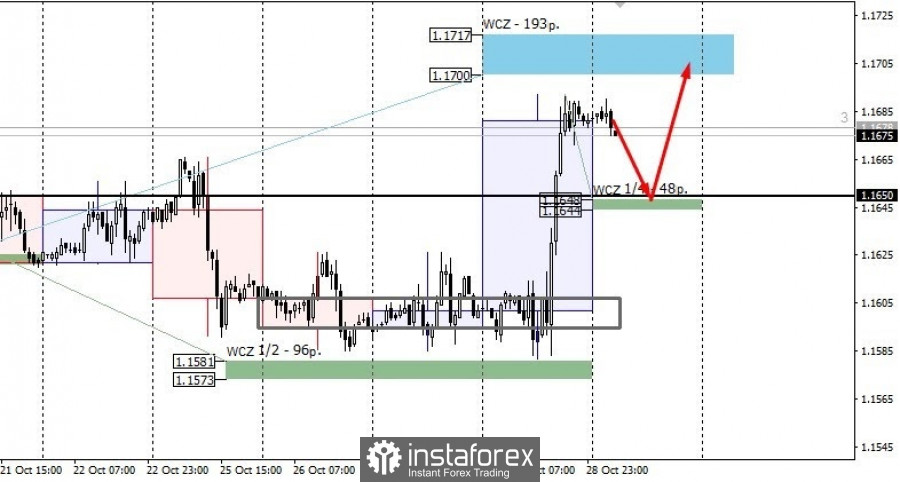 The daily candlestick on Thursday is an absorption pattern, so the probability of retesting its high is 80%. In addition, there is an incomplete cycle of upward movement, so we get a priority direction for trading for the next 2-3 days.

It is not profitable to sell the instrument right now in the market and it is better to concentrate on trading upwards.