Wave analysis of GBP/USD, October 26. Wales to prepare for independence 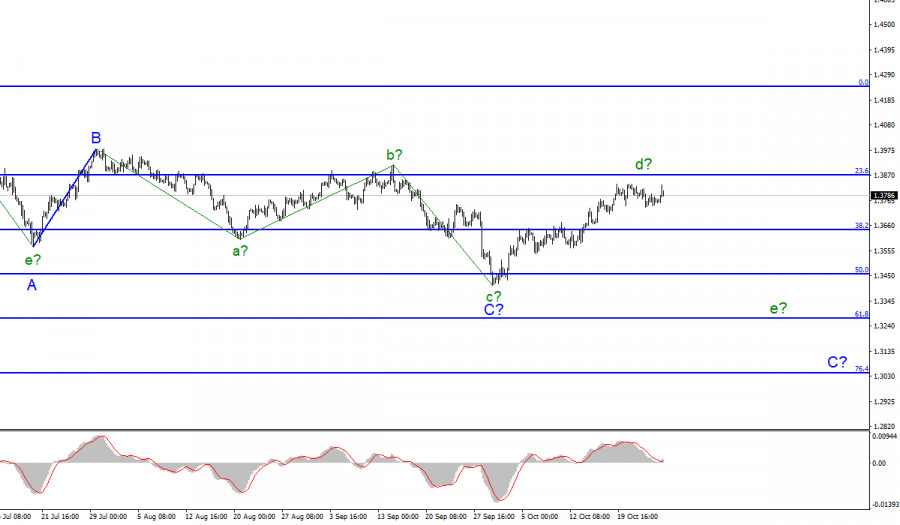 For the pound/dollar pair, the wave marking looks quite difficult due to deep corrective waves as part of the correction section of the trend. The pound/dollar made a successful attempt to break through the low of the previous waves a and e. Thus, adjustments were made to the wave pattern. Now, it has acquired the form of a downward trend section. Nevertheless, this downward section may already be completed or it may be much longer. The chart above shows that the last wave C may be completed if it has taken a three-wave form. If it takes a five-wave form, then after the completion of the current wave d, the decline in the quotes within e wave may resume. The wave d may be completed. If this forecast is correct, then the downward movement will continue with targets located near the low of wave c about 34 pattern. A successful attempt to break through the peak of wave b will change the current wave markup.

Wales may also leave the UK after Scotland.

The pound/dollar pair increased by 70 pips during the first half of Tuesday and declined by about the same amount during the second half. Thus, it was moving within 35 pips. The economic calendar remained almost empty. Yet, traders are closely following political debates in the UK as the geopolitical situation there has been escalating for some time. The EU and the UK cannot reach an agreement on the Northern Ireland Protocol. The parties have not been able to find a compromise far. Now, it is difficult to predict how the negotiations will end. It has become a headache for the UK government. On top of that, some political parties in Wales are calling for the independence of the region.

Notably, Scotland is likely to hold voting for independence as early as next year. Wales is also considering the possibility of leaving the UK. The Welsh are also not too happy with Brexit and its consequences for the British economy. So far, in Wales, policymakers are mulling over this possibility. Thus, London risks losing two of its regions. Tomorrow, the economic calendar will consist only of the report on US GDP for the third quarter. Traders expect the US economy to decrease significantly compared to the second quarter. Analysts believe that GDP will expand by 2.6% on a quarterly basis.

The wave pattern continues to raise some questions, although it looks quite convincing so far. It took a form of a downward section but not an impulse one. The expected wave d has completed its construction. This is why it is recommended to sell the pair based on the construction of the expected wave e in C with targets located near the level of 1.3270. 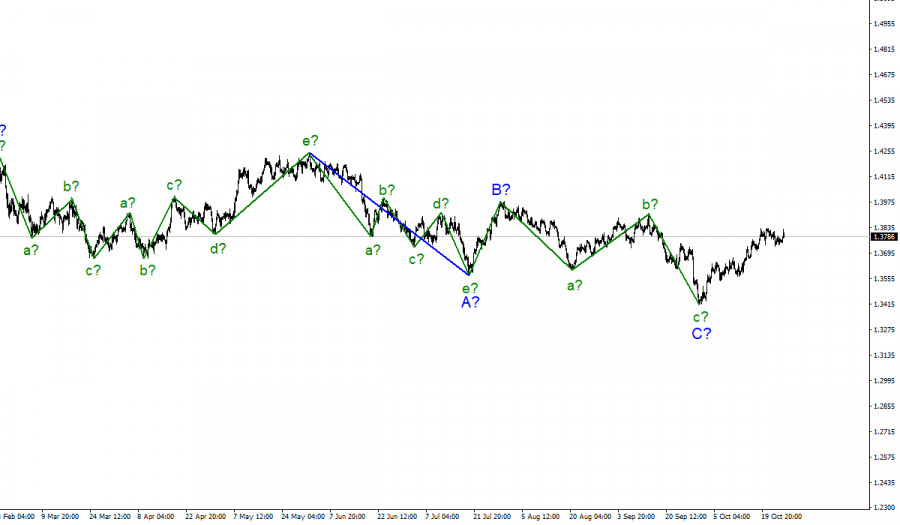