Analysis and trading recommendations for GBP/USD on November 5

GBP / USD fell by 30 pips on Thursday morning because many traders took short positions amid a signal to sell that coincided with the MACD line moving to zero. Then, in the afternoon, another decline occurred, making the downward movement amount to more than 100 pips. 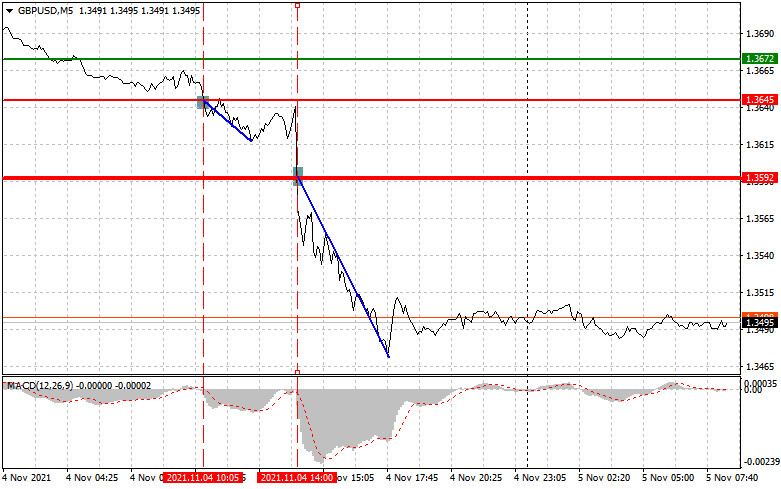 Pound may continue to decline this morning because Bank of England members, such as Silvana Tenreyro and David Ramsden, will talk about further plans on the monetary policy. Then, the downward momentum may escalate if the US reports strong labor market data in the afternoon.

Before buying, make sure that the MACD line is above zero, or is starting to rise from it. It is also possible to buy at 1.3487, but the MACD line should be in the oversold area, as only by that will the market reverse to 1.3516 and 1.3566.

Sell pound when the quote reaches 1.3487 (red line on the chart) and take profit at the price of 1.3592. The decline will continue if the Bank of England insists on adhering to a soft monetary policy. Strong data on the US labor market will also push GBP / USD down.

Before selling, make sure that the MACD line is below zero, or is starting to move down from it. Pound can also be sold at 1.3516, but the MACD line should be in the overbought area, as only by that will the market reverse to 1.3487 and 1.3435. 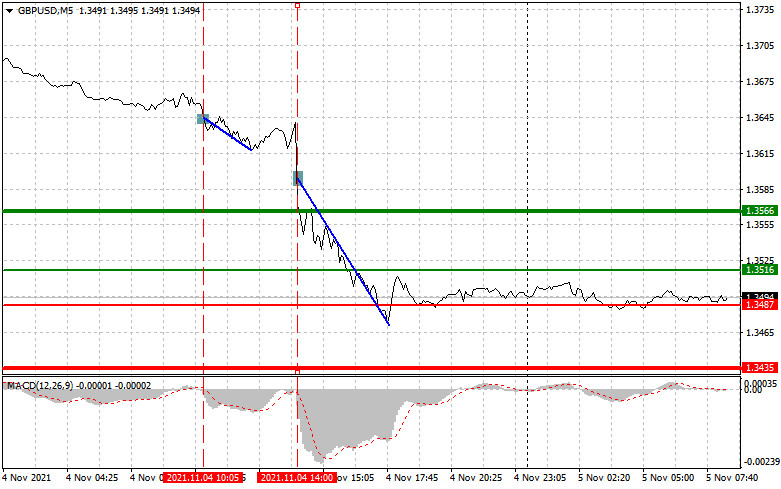