Analysis and trading tips for EUR/USD on November 8 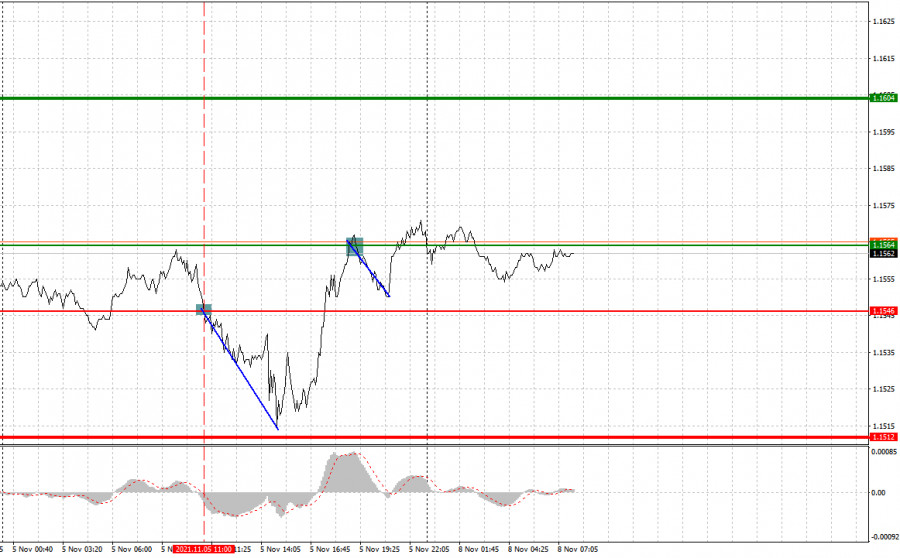 EUR / USD fell amid disappointing data in the whole Euro area. Reports on retail trade and industrial output turned out weaker than anticipated, so demand for euro dropped sharply. Meanwhile, the unemployment data in the US failed to help dollar, even though it came out much better than projected.

Trading may lag today because there are no important reports expected in the morning. But by mid-day, there will be data on investor confidence from Sentix and a speech by ECB member Philip Lane, which traders should pay attention to. There will also be a Eurogroup meeting, but the results are unlikely to affect the market. In the afternoon, Fed representatives Richard Clarida, John Williams and Charles Evans are going to talk, followed by an interview with Fed Chairman Jerome Powell. If Powell mentions future actions on monetary policy, market volatility will surge.

Buy euro when the quote reaches 1.1573 (green line on the chart) and take profit at the price of 1.1604. Growth will be observed if the Euro area reports good statistics and if the US Fed makes dovish statements on the monetary policy.

Before buying, make sure that the MACD line is above zero, or is starting to rise from it. It is also possible to buy at 1.1552, but the MACD line should be in the oversold area, as only by that will the market reverse to 1.1573 and 1.1604.

Sell euro when the quote reaches 1.1552 (red line on the chart) and take profit at the price of 1.1527. A decline will occur if the Euro area shows poor performance and if the US Fed makes hawkish statements.

Before selling, make sure that the MACD line is below zero, or is starting to move down from it. Euro could also be sold at 1.1564, but the MACD line should be in the overbought area, as only by that will the market reverse to 1.1546 and 1.1512. 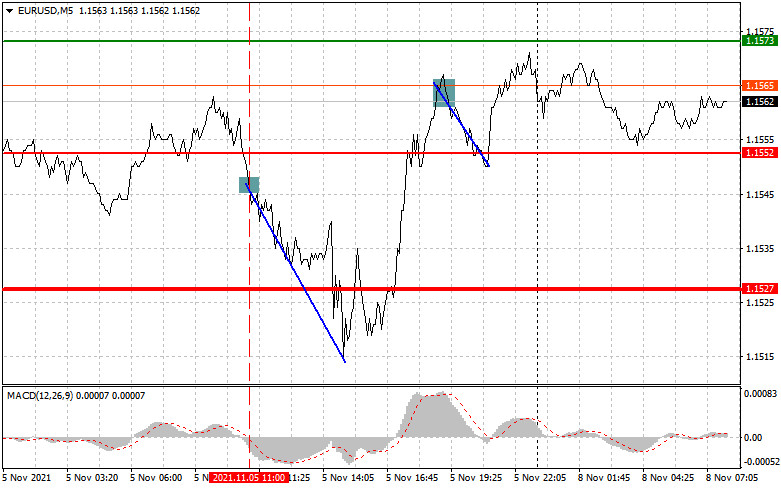