Analysis and trading tips for EUR/USD on November 12 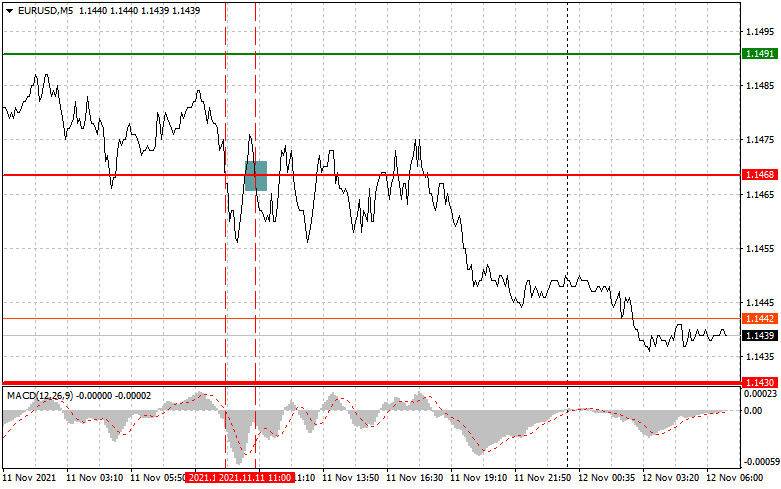 Euro remained in a tight channel yesterday because the economic forecast from the European Commission surprisingly did not have any impact on the market. Perhaps, this is because the projections were almost the same, not to mention there were no negative estimates regarding economic recovery.

Today it is necessary to pay attention to the report on the German wholesale price index, but more important will be the volume of industrial production in the eurozone. If the data exceed expectations, demand for euro could soar. But the speech of ECB board member Philip Lanes may offset this and put some pressure on the currency. Then, in the afternoon, the US will publish its report on consumer sentiment, which may provoke another rise in dollar. Following this, Fed member John Williams will speak, but his statements will have little effect on the market.

Buy euro when the quote reaches 1.1453 (green line on the chart) and take profit at the price of 1.1496. Growth will be observed if the Euro area reports very strong data on industrial production.

Before buying, make sure that the MACD line is above zero, or is starting to rise from it. It is also possible to buy at 1.1430, but the MACD line should be in the oversold area, as only by that will the market reverse to 1.1453 and 1.1496.

Sell euro when the quote reaches 1.1430 (red line on the chart) and take profit at the price of 1.1385. Fears of strong inflationary pressures in the US will push EUR / USD down, as will weak economic data on the Euro area.

Before selling, make sure that the MACD line is below zero, or is starting to move down from it. Euro could also be sold at 1.1453, but the MACD line should be in the overbought area, as only by that will the market reverse to 1.1430 and 1.1385. 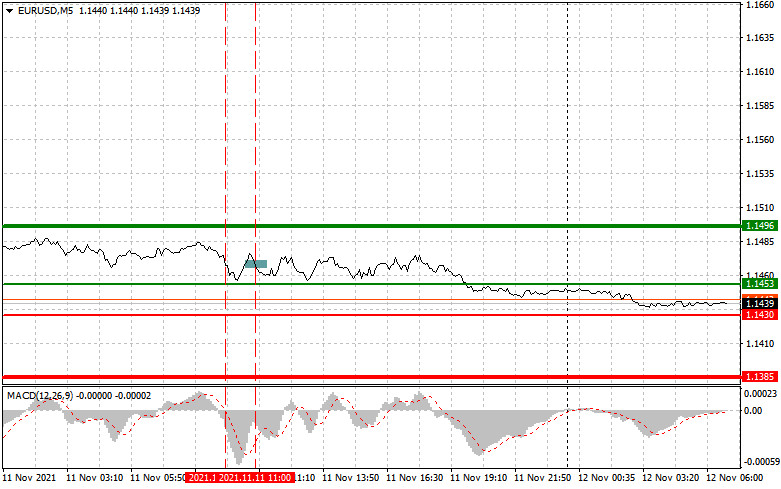