AUD/USD accelerated its sell-off after the United States inflation data came in higher than expected. The selling pressure remains high as the Australian data come in worse than expected today. The Employment Change was reported at -46.3K even if experts forecasted 50.0K new jobs after -141.1K in the previous reported period. Also, the Unemployment Rate increased unexpectedly from 4.6% to 5.2%, far above the 4.8% estimates. 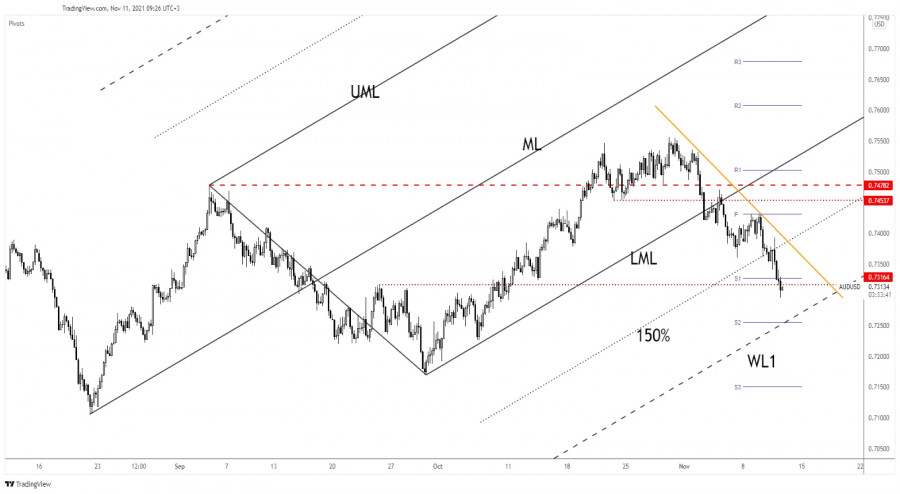 AUD/USD extended its downside movement after failing to stay within the ascending pitchfork's body. It could drop deeper as long as it stays below the downtrend line. Any temporary rebounds could bring new short opportunities.

0.7316 was seen as a potential downside target, as a support level. It remains to see if the pair will stabilize below it. AUD/USD registered a valid breakdown below the 150% Fibonacci line, so it could be attracted by the warning line (WL1).

A short-term rebound could help the sellers to catch a new bearish momentum. It's risky to sell it here only because the DXY could retreat after its swing higher. Still, you should keep in mind that the AUD/USD could resume its drop anytime as long as it stays under the downtrend line.