Before the opening of the New Your session, the single currency resumed growth, thereby continuing the corrective movement that began on Friday. Market participants were not surprised by this rebound. They are now awaiting the release of the US inflation report. The CPI data is due tomorrow. Economists are rather pessimistic about its result. Moreover, data on the producer price index is on tap today. The reading is projected to rise to 8.7% from 8.6%. If so, it will signal a further increase in inflation. Currently, many analysts are worried about the perspective of rising global inflation. In many countries, inflation significantly exceeds the central banks' target level, which poses great risks. More and more experts agree that inflation will continue to rise. The greenback is losing momentum amid such news. Besides, the Fed's actions are somehow odd. In order to curb inflation, the regulator needs to hike the benchmark rate. Yet, it is no hurry to do so. The Fed announced that it would hardly raise the key rate until 2023. Thus, there is the likelihood of further weakening of the US dollar quite soon. 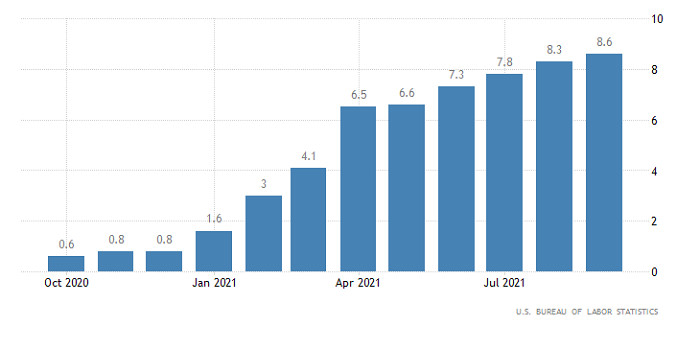 After reaching the low of 2021 last Friday, the EUR/USD pair resumed the technical correction. This led to the strengthening of the euro by about 90 points. The euro climbed by 90 pips.

The RSI indicator signals correction on the 1H chart as it is moving from 30 to 70. The correctional movement may slow down soon.

Despite the correction, bears are likely to take the upper hand. So, the pair may resume the downward movement in the medium term.

During the correction, the euro reached 1.1600/1.1615. Traders are likely to close most of their long positions, which may slow down the upward movement. 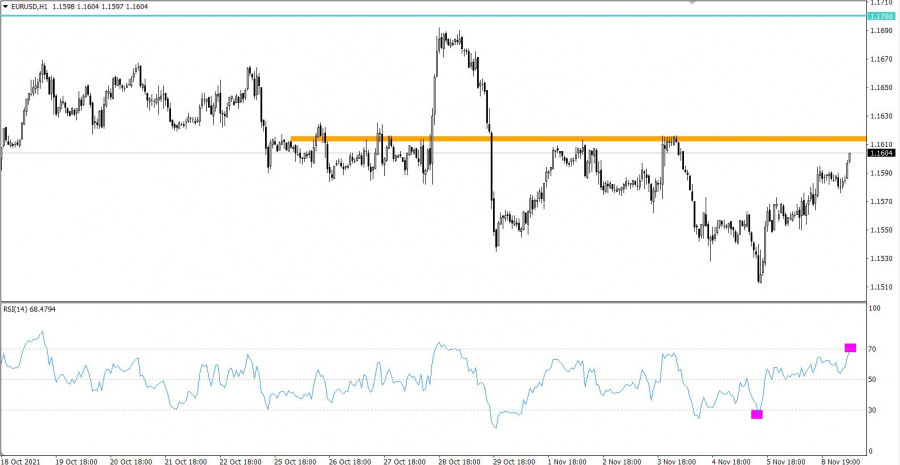