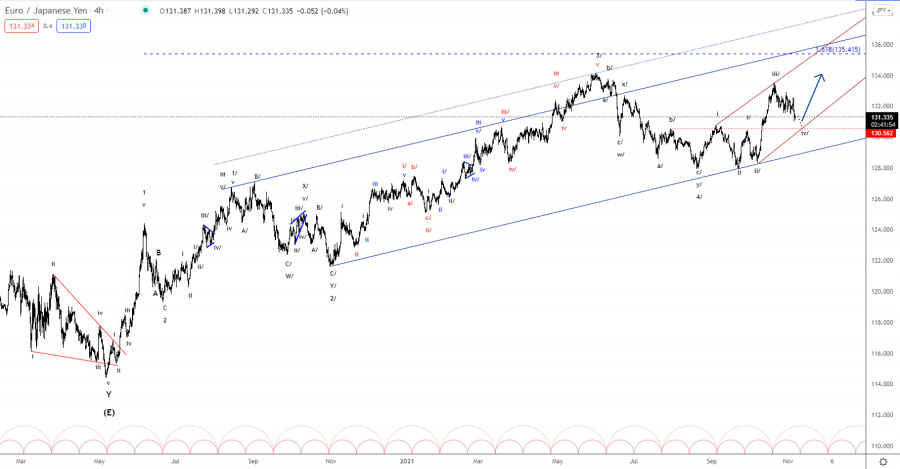 The failure to hold support at 131.51 does make us more alert to the possibility of wave 3 already being complete and a larger and more complex wave 4 unfolding. That said, we still see the possibility of an ending diagonal unfolding, which calls for a final rally to new highs above 134.12.

That said, a case can be made, where wave 3 completed at the 134.12 peak and everything since then is part of a wave 4 correction, likely in the form of a triangle consolidation. If this is the case, we should see a dip to support near 130.56 and then a rally to 132.67 before the final dip close to 131 to complete the triangle and wave 4 before a thrust out of the triangle towards 139.25 as a larger impulsive wave I.