Ethereum extended its rally after invalidating a larger downside movement. As you already know from my previous analyses, ETH/USD maintains a bullish bias despite the most recent correction. In the short term, it has reached a dynamic resistance, but the bias remains bullish. Taking out this immediate obstacle could validate potential further growth. 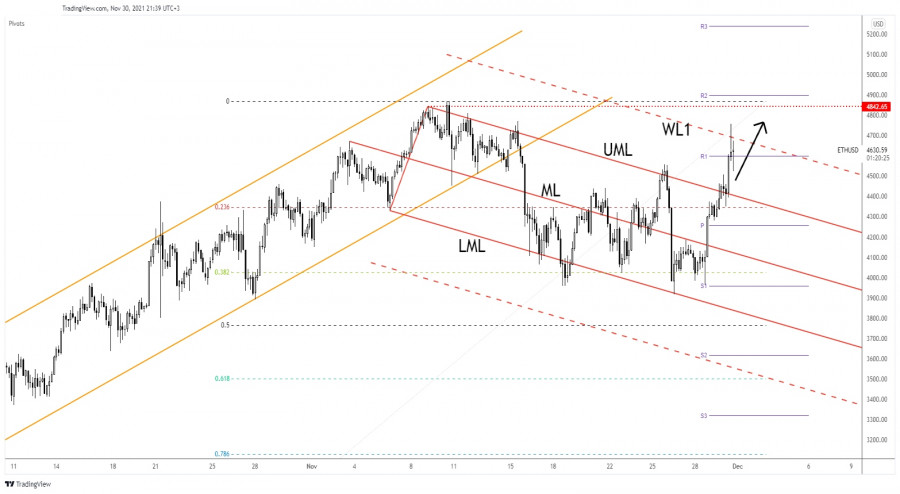 Ethereum developed a strong leg higher after finding support on the 38.2% retracement level. I have told you in my previous analyses that, ETH/USD could extend its growth if it makes a valid breakout above the upper median line (UML).

Now, it has found temporary resistance at the warning line (WL1) which represents a dynamic resistance. It has registeerd a false breakout with great separation above it and now is fighting hard to stabilize above the R1 (4598.57).

Consolidation above the warning line (WL1) could signal an upside continuation at least until the 4868.79 historical high.