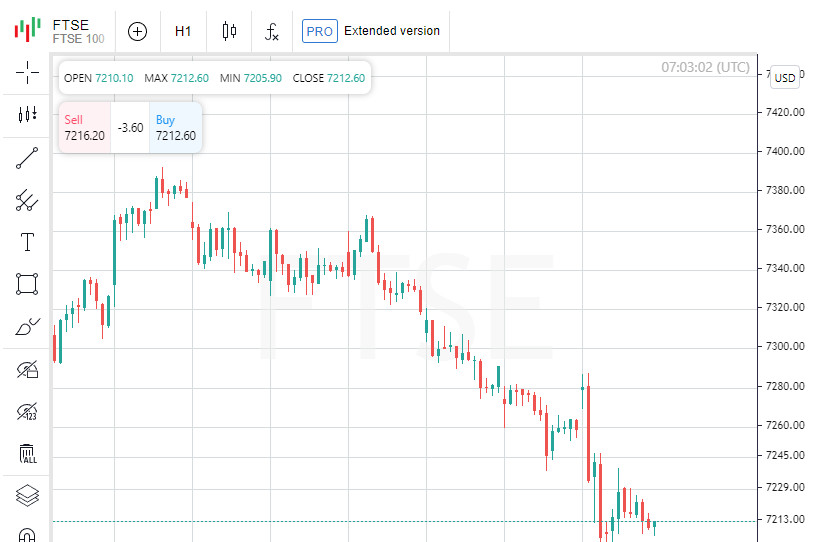 Earlier this week, Austria became the first European country to impose travel restrictions on people who have not been vaccinated against COVID-19. The republic has the lowest level of vaccination in the region, that is, 65%.

In addition, in Germany this week the record for the number of cases per day was broken - more than 65 thousand people. The country's health minister Jens Spahn did not rule out the possibility of introducing a nationwide lockdown. According to Spahn, the situation is now even more serious than it was a week ago.

The composite index of the largest enterprises in the region Stoxx Europe 600 fell by 0.3% and amounted to 486.08 points.

The European Central Bank (ECB) should not rush to tighten monetary policy, even in the face of "unwanted and painful" inflation, said ECB President Christine Lagarde. The main factors driving inflation - supply chain problems and rising energy prices - will ease over the medium term, she said.

Retail sales in the UK in October rose from the previous month for the first time in six months - by 0.8%, but decreased by 1.3% compared to October last year, according to the National Statistical Office (ONS) of the country.

At the same time, the consumer confidence index in the country in November rose by three points compared to the previous month and amounted to minus 14 points, according to data from GfK NOP Ltd., which calculates this indicator. The indicator increased for the first time in four months.

Producer prices in Germany in October increased by 18.4% compared to the same month last year, according to data from the Federal Statistical Office of Germany (Destatis). Growth was at its highest since November 1951.

British home improvement chain Kingfisher was down 4.4%. The company in the third quarter of this year reduced its revenue by 2.4%. However, the report marks a strong start to the fourth quarter.

Irish low-cost airline Ryanair Holdings lost 2.3%. The carrier is set to delist its shares from the London Stock Exchange on 20 December. Ryanair noted that the company's stock trading volume on the LSE does not justify the cost of maintaining the listing.