The new trading week began under the sign of the US dollar's strengthening. The US dollar index suspended its decline and regained some of the positions lost on Friday. The EUR/USD pair behaved accordingly, returning to the area of 1.12 during Monday's Asian session. The market is recovering from Friday's "shock therapy", when panic moods provoked by the discovery of a new type of coronavirus, are apparently gradually coming to naught. At least, the news flow of the last two days did not allow the opponents of dollar bulls to strengthen their influence. The US dollar was also supported by the yield of 10-year Treasuries, which also left Friday's lows. 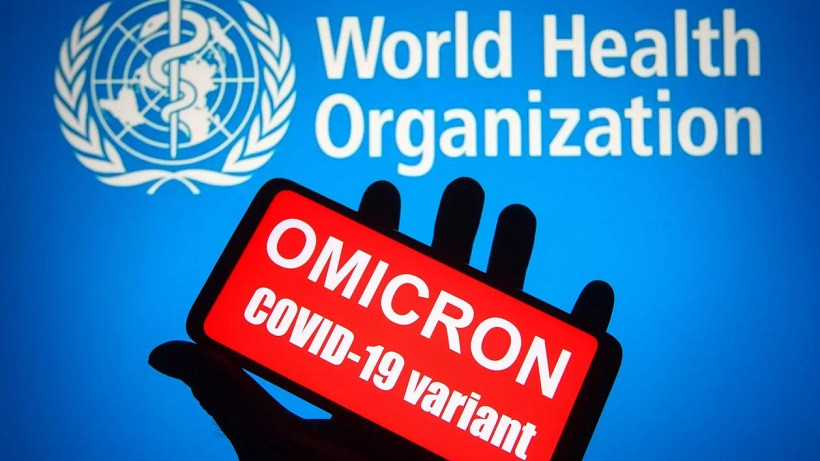 The financial world is a priori wary of any risks, and especially of an unknown nature. Therefore, the discovered COVID-19 variant Omicron, classified by the World Health Organization as a strain of "concern", provoked panic in the markets. This category of WHO includes variants of coronavirus with confirmed increased transmissibility (contagiousness), a higher risk of severe disease, or reduced susceptibility to neutralization by antibodies.

All this sounds really scary, especially amid assumptions that the created vaccines will not cope with the new variant. With such initial data, the behavior of traders looked quite logical: the yen and the franc as protective instruments surged, while risky assets were under the strongest pressure. The US currency could not take advantage of its protective status, as it followed the yield of treasuries. At the same time, the need for correction has been brewing for a long time after many weeks of almost recoilless growth throughout the market. In addition, information about Omicron spread on the last working day, so the "Friday factor" also played here: market participants did not risk leaving open positions for the weekend. After fixing profits in short positions on the EUR/USD pair, they provoked an increase in the corrective pullback.

The weekend has benefited the US currency. They allowed traders to calmly weigh all the risks, all the pros, and cons. Moreover, chaotic information puzzles began to gradually take shape into an orderly picture.

As mentioned above, WHO has classified Omicron as a "concern" strain. This is not a special category – it already contains 4 "modifications" of the virus: Alpha, Beta, Gamma, and the infamous Delta. That is, the information that Omicron is allocated to some "special category" (this is how some media presented it) does not correspond to reality.

According to preliminary data, the currently existing vaccines may be "less effective" against Omicron, but they will still be able to provide a certain degree of protection. In addition, the head of the National Institute of Infectious Diseases of South Africa stated today that the Omicron strain does not cause severe forms of the disease. He said a sharp increase in the number of new cases of COVID-19 in South Africa over the past few weeks has not led to a significant increase in the number of hospitalized. The scientist said that this is a good enough sign.

A little later, representatives of the Ministry of Health of South Africa reported that the Omicron variant can be treated at home – that is, again, without hospitalization. According to the description of patients with the identified new strain, the symptoms are fatigue, headache, and body aches. But at the same time, the sense of smell or taste does not disappear in patients and the level of oxygen in the blood does not decrease. It is also known that the Omicron strain is more common among unvaccinated people (which is very important in this context), aged 20 to 30 years.

Moreover, even the World Health Organization has called on countries not to impose flight bans for South African countries due to concerns about the new variant of coronavirus. The WHO position was also supported by the States. According to the head of the US National Institutes of Health, there is no evidence yet that the new variant causes a more serious disease than the previous variants of COVID-19. In addition, several experts said that the effectiveness of existing vaccines against the new strain is comparable to the effectiveness against the Delta strain.

In other words, the general information background that has formed over the past two days has reduced the degree of panic in the markets. And although the states of the European Union, along with Israel and Britain, agreed to suspend travel from countries in Southern Africa, organizations such as WHO and the US National Institutes of Health called these measures "premature" and "unreasonable." If such theses continue to dominate among scientists, the currency market will switch to other fundamental factors, let's say, of a "classical nature". After all, it should be noted that the last ECB meeting, the publication of Nonfarm, and other equally important macroeconomic reports (European inflation, the indicator of American consumer confidence, key German macro data, etc.) will happen this week.

Judging the behavior of the US currency at the start of trading, the market is gradually recovering from Friday's catastrophe. Therefore, short positions can be considered for the EUR/USD pair, especially if the bears can consolidate below the support level of 1.1280 (the Tenkan-sen line on the daily chart). In this case, the downward targets will be the levels of 1.1200 and 1.1186 (this year's low).