EUR/USD. Preview of the last week of November: coronavirus wave in the EU and Joe Biden's verdict

Last week ended again in favor of EUR/USD bears. And although the trading five-day period was less bright than the previous one, the general trends have not changed. The downward trend is still in force. Friday's final chord reminded traders of "who is the boss in the house": after two days of doubts, dollar bulls again took the initiative in their own hands, strengthening the greenback's position throughout the market.

In the case of the euro-dollar pair, a "tailwind" also helped the downward movement: the US currency rose in price against the background of the weakening of the single currency. The dollar is rising due to the strengthening of hawkish expectations, the euro is falling amid the escalation of the coronavirus crisis. And apparently, next week the situation will develop in the "set direction": hawkish expectations will grow, supporting the greenback, and COVID news from Europe will exert background pressure on the single currency. The unknown element in this equation is US President Joe Biden, who has to decide on a candidate for the post of head of the Federal Reserve before Thanksgiving (that is, until next Thursday). But regardless of his choice (Powell or Brainard), the current trends for the EUR/USD pair, in my opinion, will continue. The only difference is how traders will initially react to the news about the proposed candidate. 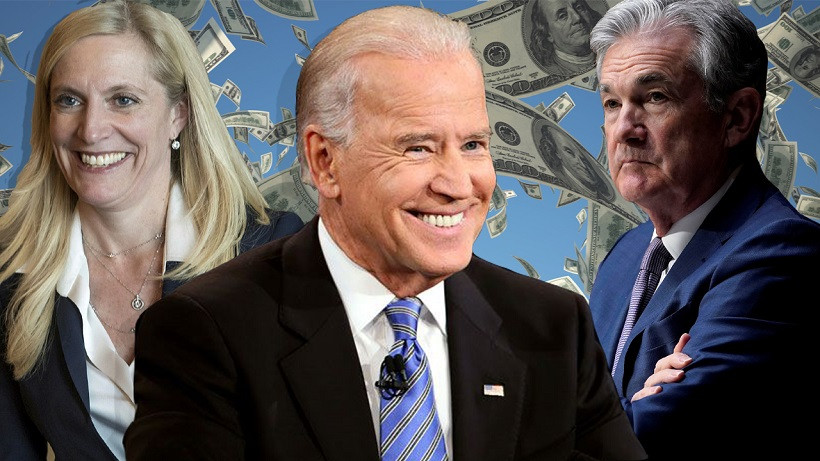 But let's start with the prospects of the single currency. As you know, the next wave of the coronavirus pandemic has covered the European continent, forcing the authorities of the EU countries to respond to the deteriorating epidemiological situation. Germany, which is the "locomotive" of the European economy, was also under attack. It should be noted here that the market is quite pragmatic about the problem of the spread of coronavirus. Traders are primarily concerned about the reaction of the authorities and the possible economic consequences of the pandemic, while the increase in the number of infected is secondary. The Delta strain has been raging in Europe for more than a day, and for more than a week. But traders paid attention to this problem only when the EU countries began to quarantine again: completely (like Austria) or partially (like the Netherlands, Czech Republic, Slovakia or Germany). Traders view the "coronavirus factor" through the prism of the consequences of lockdowns, so the latest news from Vienna worried market participants and significantly weakened the euro. Especially against the background of the statements of the German Minister of Health, who insistently calls on the authorities to strengthen quarantine restrictions in the country. Meanwhile, experts warn that another lockdown in Germany will be "very bad news" for the European economy, which has just begun to recover from last year's crisis.

It is obvious that in the coming weeks the epidemiological situation in Europe will only worsen – according to many experts, the peak of the next wave of morbidity is still ahead. Consequently, the authorities of the EU countries will continue to "tighten the screws", extending quarantine restrictions not only to unvaccinated, but also to vaccinated citizens. The reaction of the euro is not difficult to predict, given Friday's fall in the currency both in pairs with the dollar and in the main cross-pairs.

The US dollar, in turn, continues to strengthen its position throughout the market due to the strengthening of hawkish expectations. Representatives of the Fed actively feed these expectations with relevant comments. For example, yesterday the "hawk wing" was strengthened by Christopher Waller, who said that the US central bank needed to accelerate the curtailment of QE. Let me remind you that a few days before his speech, James Bullard also voiced his position. He also urged his colleagues to accelerate the curtailment of incentives in order to raise the interest rate at the end of the first quarter of 2022. Other representatives of the Fed, such as Bostic, Evans, Mester, have recently tightened their positions.

But the main intrigue of the coming week is the US president's decision on the new chairman of the Fed. As you know, there are two candidates – Jerome Powell and Lael Brainard. And if the market understands what to expect from the current head of the Fed, then opinions differ about Brainard. For some, she is definitely marked as a part of the "dovish squad" - they say Brainard's position will be more cautious compared to Powell. However, not everyone agrees with such a "label". For example, Bloomberg analysts write that "at the moment there is no direct evidence that Brainard will not be able to resist inflation with aggressive actions. History shows that Democratic candidates can sometimes be more aggressive than Republican candidates. For example, Democrat Paul Volcker, who suppressed inflation in the 80s, was the most famous hawk in the annals of the Fed." 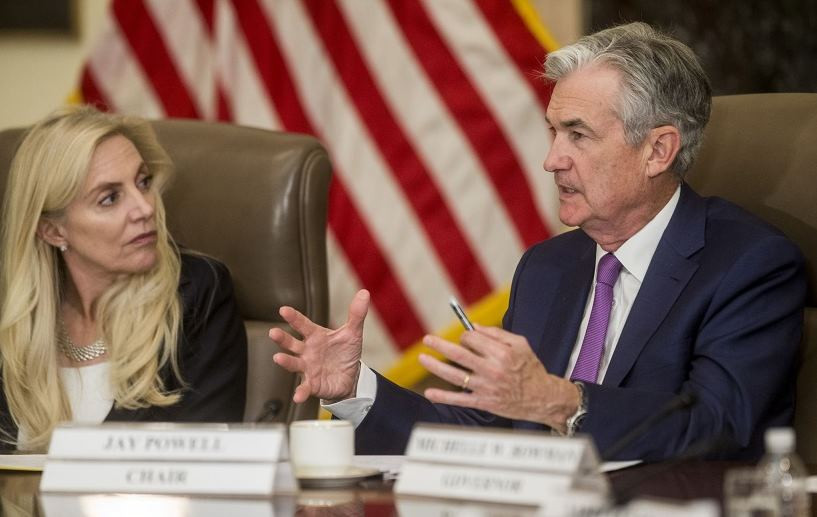 At the same time, experts note that neither Brainard nor Powell faced the need to conduct monetary policy in the face of a jump in inflation, the level of which significantly exceeds the target of the central bank. In addition, the authors of the material recall that Brainard previously held the position of Deputy Secretary of the Treasury of the United States for International Affairs, and "that allowed her to understand how destructive price increases can be for residents of the country who are unable to maintain their purchasing power." The latter argument is quite subjective and controversial, but the essence of the Bloomberg analytical publication boils down to the fact that Brainard is not an unambiguous representative of the "dovish wing". Therefore, her first statements and comments as a candidate for the post of head of the Fed may well surprise those experts and journalists who signed her up to the ranks of doves.

Thus, in my opinion, at the moment there are no grounds for a trend reversal or a weakening of the EUR/USD downward trend. On the contrary, all the fundamental factors speak in favor of continuing the downward movement. Abstracting from possible temporary upward spikes in the case of Brainard's "appointment", it can be assumed that in the medium term, the pair's bears will not only gain a foothold within the 12th figure, but will also approach the base of this price level. Consequently, any more or less distinct corrective pullbacks can be used to open short positions with the first target of 1.1250 (the annual low and the lower line of the Bollinger Bands indicator on H4) and the main target of 1.1200.