Forecast and trading signals for GBP/USD for November 23. Detailed analysis of the movement of the pair and trade deals. 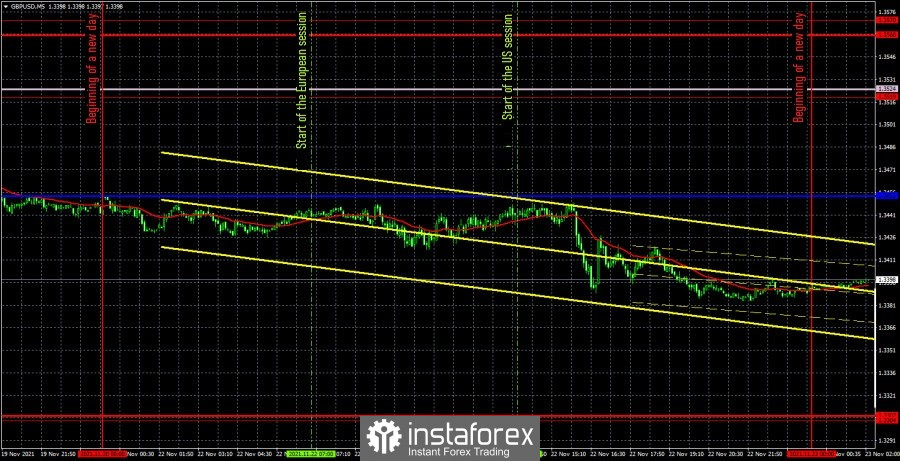 The GBP/USD pair continued to trade very indistinctly on Monday. The volatility for the pair was again low and almost equal to the EUR/USD pair. Thus, the pound shows weak movements for the second consecutive day. The same applies to trading signals. There were none of them on Monday. The price approached the critical Kijun-sen line and could bounce off it several times during the day, but in the end it never bounced. The situation, by the way, is very remarkable, since just on Monday we were analyzing the situation when a sell signal was formed at night, but the price did not go far from the point of formation, so it was possible to enter the market at the European session. However, yesterday was not the case, since there was no signal at night. As for macroeconomic reports, there was nothing interesting either in the UK or in the United States on Monday. Thus, there was absolutely nothing remarkable on November 22, neither on "technique", nor on "foundation", nor on "macroeconomics". An absolutely empty day. 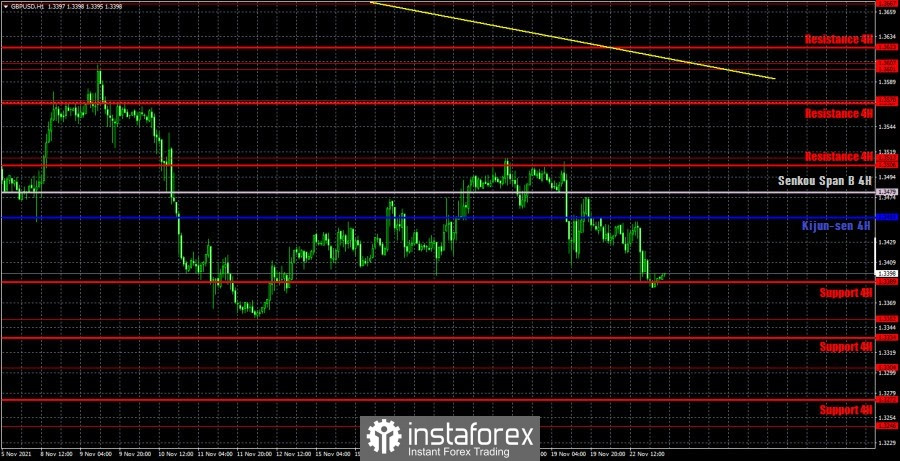 On the hourly timeframe, the pound/dollar pair has not been able to develop an upward movement and work out at least a trend line. It was not even possible to settle above the Senkou Span B line. Even Ichimoku failed to reach the upper boundary of the cloud. Thus, so far it is not necessary to talk about the prospects of the pound based on the hourly timeframe. The fundamental background now also does not support the British currency, so we can only hope that traders will get tired of getting rid of the pound/dollar pair. However, so far everything is going to ensure that the fall in quotes will continue. We highlight the following important levels on November 23: 1,3304, 1,3352, 1,3519, 1,3570, 1,3601 – 1,3607. The Senkou Span B (1.3479) and Kijun-sen (1.3453) lines can also be signal sources. Signals can be "rebounds" and "breakthroughs" of these levels and lines. It is recommended to set the Stop Loss level to breakeven when the price passes in the right direction by 20 points. The lines of the Ichimoku indicator can move during the day, which should be taken into account when searching for trading signals. Data on business activity in the service and manufacturing sectors will also be published in the UK on Tuesday. According to forecasts, no major changes are expected by the end of November. Consequently, there is no need to wait for a strong market reaction. However, today there will be a speech by Bank of England Governor Andrew Bailey, and he can support the pound if he wants. To do this, you just need to hint to the markets about tightening monetary policy at the December meeting. If this happens, the prospects (at least corrective) of the pound will immediately improve.

Overview of the EUR/USD pair. November 23. Inflation in the EU: no need to panic. The US again on the verge of a "technical default".

Overview of the GBP/USD pair. November 23. New crisis in Great Britain. The "logistic crisis" has not been resolved in any way.

Forecast and trading signals for EUR/USD for November 23. Detailed analysis of the movement of the pair and trade deals. 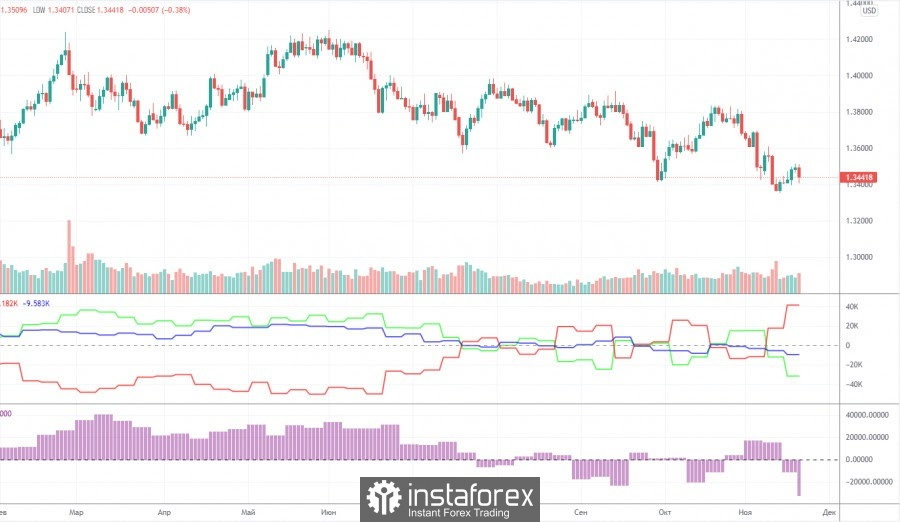 Interesting? Write a comment below.
 Forecast and trading signals for GBP/USD for November 23. Detailed analysis of the movement of the pair and trade deals.
Forward 
Backward 