On Wednesday, the Australian dollar continued its downward movement towards the target set by the MACD line - 0.7325. This target almost coincides with the 61.8% retracement level of the September 29 to October 28 move, and this Fibonacci level was reached this morning. 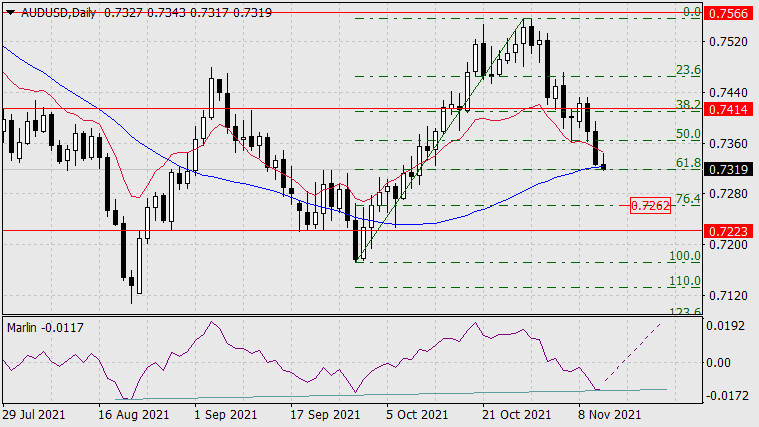 Double convergence has been formed, now the most interesting moment has come - will the price reverse exactly from the levels or will it slightly go under them? In the event of a reversal, growth without strong corrections is presented to the target level of 0.7566 - to the lows of February 2 and March 25, 2021. Consolidation below the Fibonacci level may lead to a movement to the 76.4% retracement level at 0.7262. 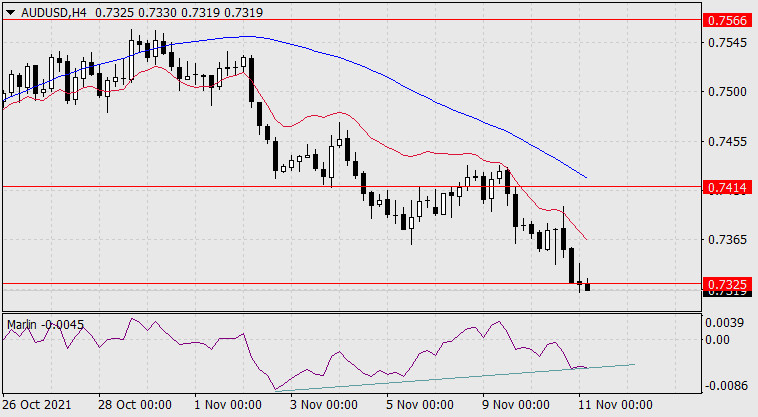 On the four-hour chart, the double convergence is ready. If, however, the price continues to decline, it can be re-formed into the usual one, or it can be abolished in a natural way, therefore, on a given time scale, convergence can be neglected. The main scenario is reversal.