Yesterday, the Australian dollar showed a steady decline by 30 points with the consolidation below the MACD indicator line. The double convergence option did not materialize, now we are waiting for the price near the nearest target along the Fibonacci line of 76.4% at the price of 0.7262. Further, the 0.7223 target level may open. An upward reversal will now only indicate a price return above the 61.8% Fibonacci level at 0.7321, which coincides with the MACD line on a daily scale. 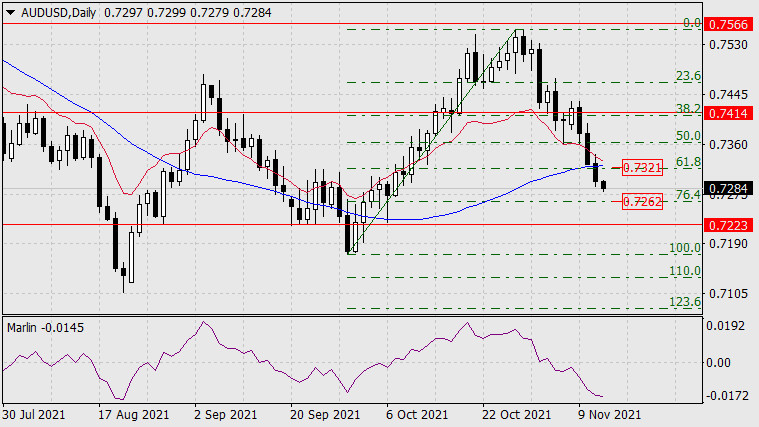 On the four-hour chart, there is still the possibility of a weak convergence formation. There may be a reversal at any target level (0.7262, 0.7223). But the closer the price approaches the Fibonacci level of 100.0%, the higher the likelihood of a medium-term further decline increases. Thus, there is no sign of a continuation of the Australian dollar's decline and we have no targets for this decline, there is only a clear condition for its probable upward reversal. 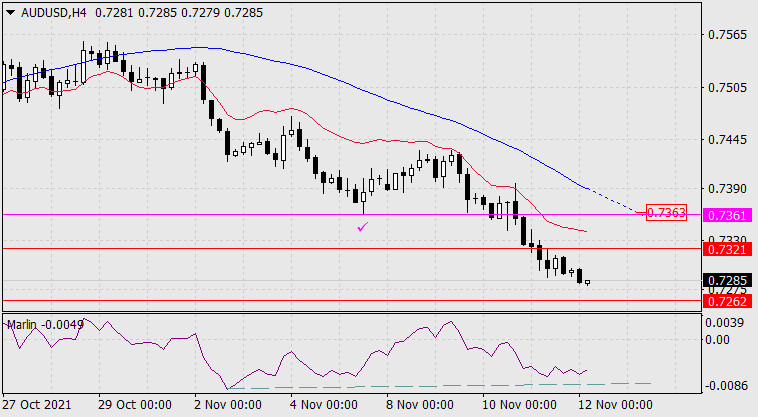