The Australian dollar lost 30 points on Wednesday, consolidating below the target level of 0.7227. The Marlin Oscillator on a daily scale is lodging in the horizon, creating an early sign of corrective growth, and this circumstance creates a new nearest bearish target level of 0.7171 - the September 29 low. A price exit above 0.7227 may develop a corrective growth to the MACD line of 0.7330. 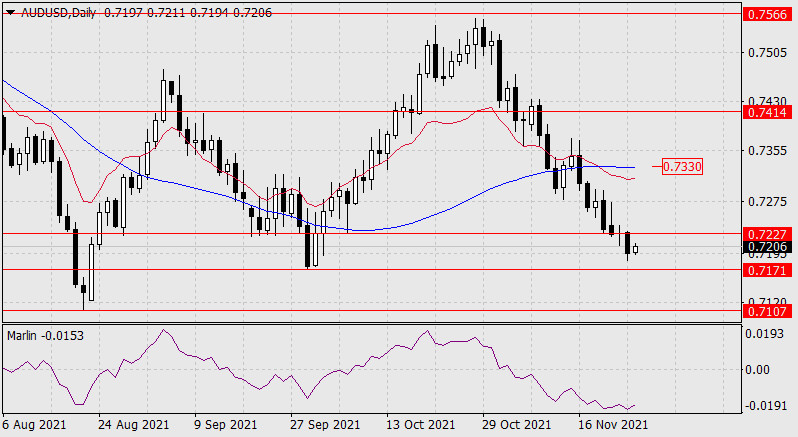 On the four-hour scale chart, the price has already formed multiple convergence with Marlin, which, on the one hand, as the main scenario, presupposes the price going up, and on the other hand, such convergences turn into a sharp price drop by analogy with leaving the wedge. In this case, the 0.7107 target - the August 20 low, can be worked out. 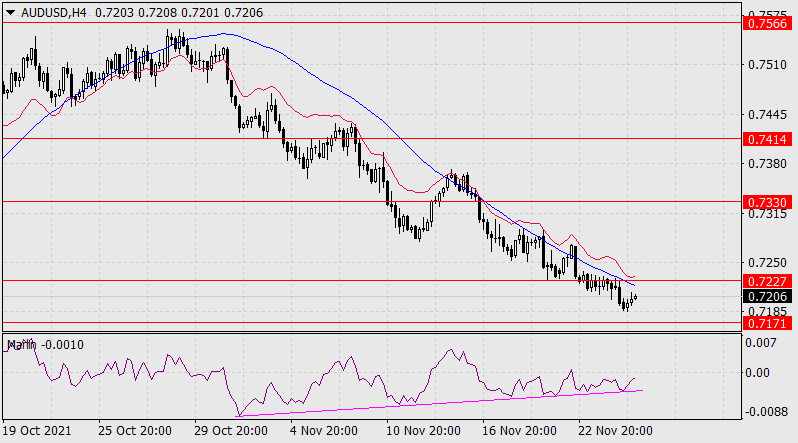 So, in the near future we are waiting for one of the signals: either the exit above 0.7227, which will entail a growth towards the 0.7330 target, or a departure under 0.7171, which will mean a deeper price drop.