The Reserve Bank of Australia held a meeting yesterday and it decided to abandon the target level of government bonds and investors were informed that the rate increase is unlikely to take place before 2024. The Australian dollar lost 90 points and reached the target range of 0.7414/45. The Marlin Oscillator has penetrated the bears' territory and now, after the price settles below 0.7414, we expect its further decline to the MACD line in the area of 0.7314. 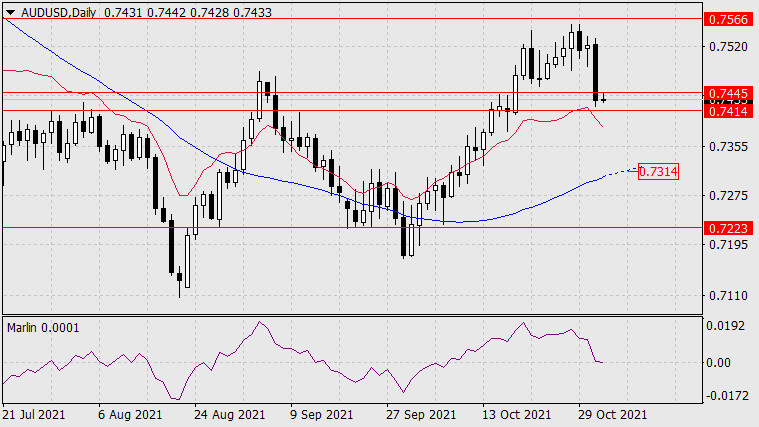 The price is in a stable downward trend on the four-hour chart - development is under both indicator lines, the Marlin Oscillator is in a stable decline. But at the same time, Marlin has already penetrated into the oversold zone, which can slow down the rate of decline of both the indicator and the price, respectively, the growth of the AUD USD pair in the current situation can slow down, form a consolidation for a day (others), and only then continue to move towards support of the MACD line of the day scale. 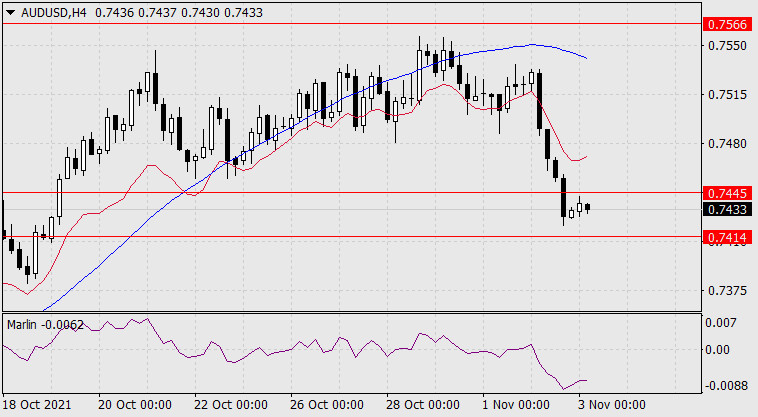