Yesterday, the euro traded in a range of 150 points and, despite the growth at the end of the day, the single currency entered into an ambiguous position. On the one hand, the price is preparing to overcome the signal-target level of 1.1375, but even if this happens, a stronger resistance at 1.1448 will open, which is approached by the MACD line. 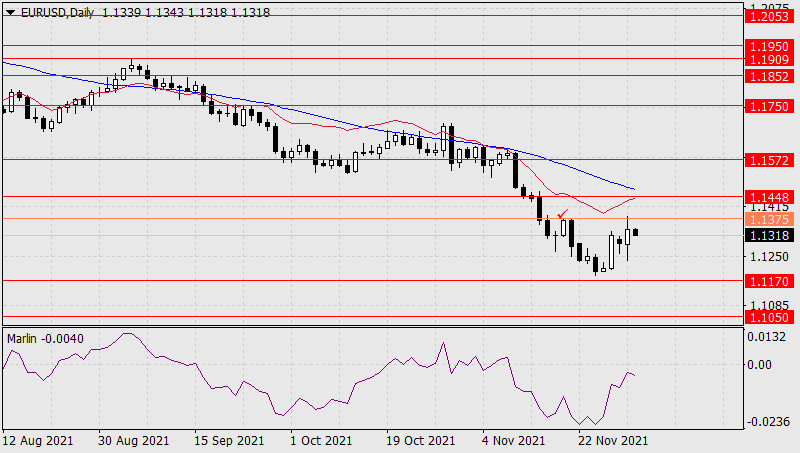 On the other hand, the wide-range itself is a reversal pattern, the Marlin Oscillator does not leave the negative zone, and the euro is declining this morning. The development of the downward movement may lead the price to reach the target level of 1.1170, breaking it will open the second bearish target at 1.1050. 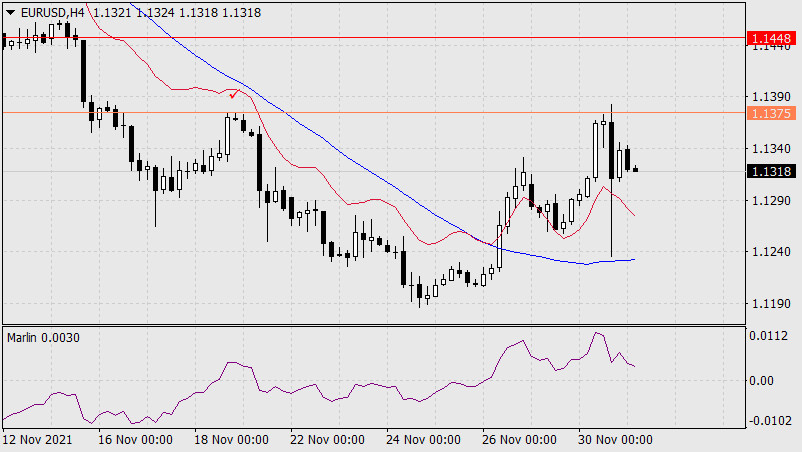 On the four-hour scale, it is noticeable that the MACD indicator line acted as support for yesterday's range. This is a sign of further price growth. The Marlin Oscillator is declining, but in a growing trend zone. The likelihood of the euro going up and down is almost the same. Settling above 1.1448 will become a condition for the mid-term growth of the euro.