It looks like the euro is being pulled into a swamp. The euro continued its decline on Tuesday, started on the 10th and almost reached the target level of 1.1300. The potential for convergence reversal formation has dried up. Now two scenarios are possible: the price settles below the level of 1.1300 and continues to decline to 1.1170, or (due to the lack of convergence) makes a sharp return above the level of 1.1448 and lies in the mid-term sideways, about two weeks, in the range 1.1448-1.1572 with false exits in both sides during this lateral movement. 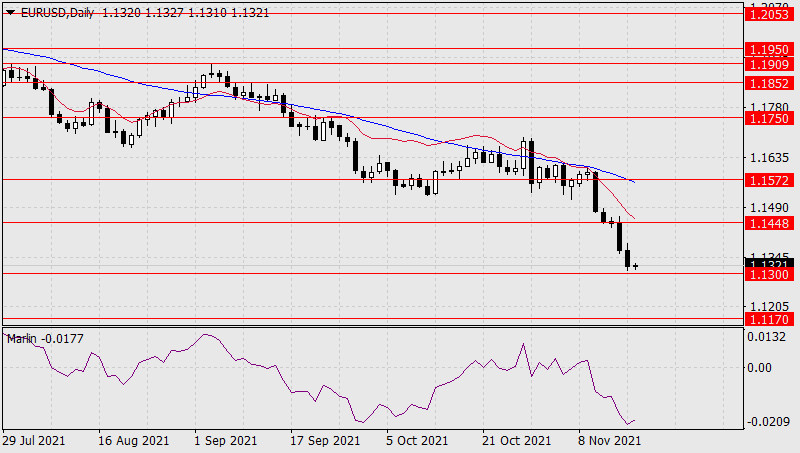 There is not a very strong sign of a reversal on the four-hour time scale - the sideways movement of the Marlin Oscillator. But, of course, this same technical element can turn into consolidation before further, albeit not very deep, decline. 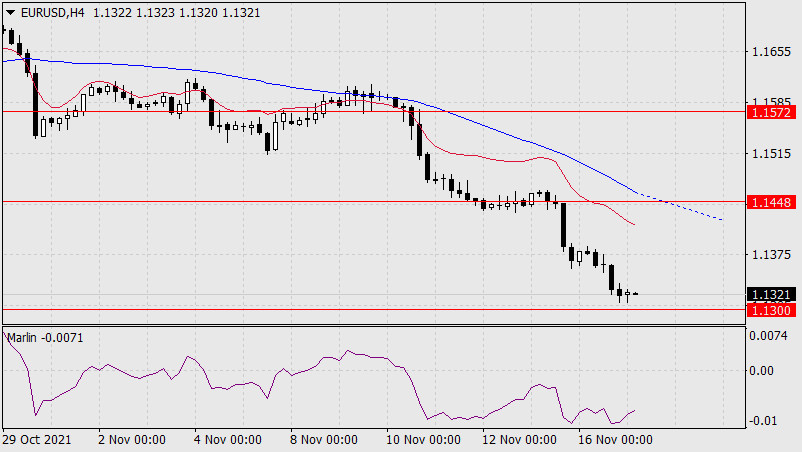 Now, if we hope for a price reversal, we should wait for it to break above the MACD indicator line, above the level of 1.1448. Further growth, as already mentioned, is expected to be difficult, with lateral preliminary movement, with false signals.