During yesterday's trading session, the euro dropped at the moment by 54 points, but the day was closed with a loss of one point, which as a result formed a long lower shadow with a breach of the target level of 1.1300. There is one nuance here; if the target level of 1.1300 was determined correctly by us, then yesterday it was falsely pierced and this is a reversal signal, but if the level is not determined correctly, hypothetically, it is located below yesterday's low, for example, at the price of 1.1240 - at the high of December 2019, then there may still be a downward price movement. 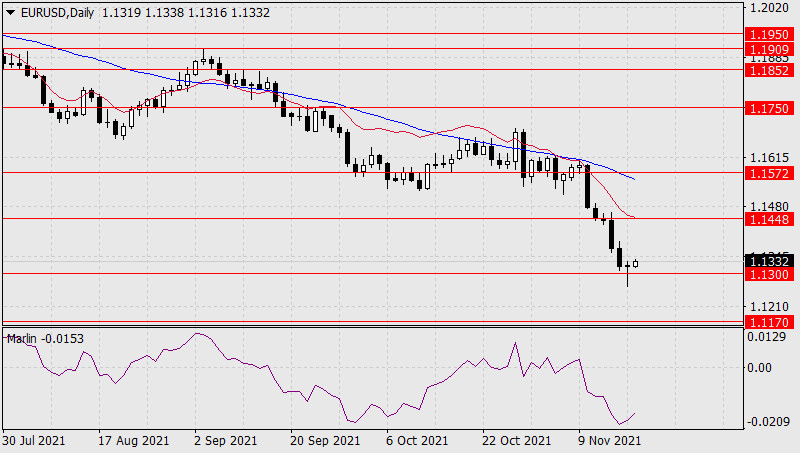 The Marlin Oscillator is turning up, but after it fails to converge with the price, its growth should be significantly higher so that it can be interpreted as a reversal.

On the four-hour scale at 1.1300, the candles are arranged in bodies, which may be a sign of the correctness of this level. 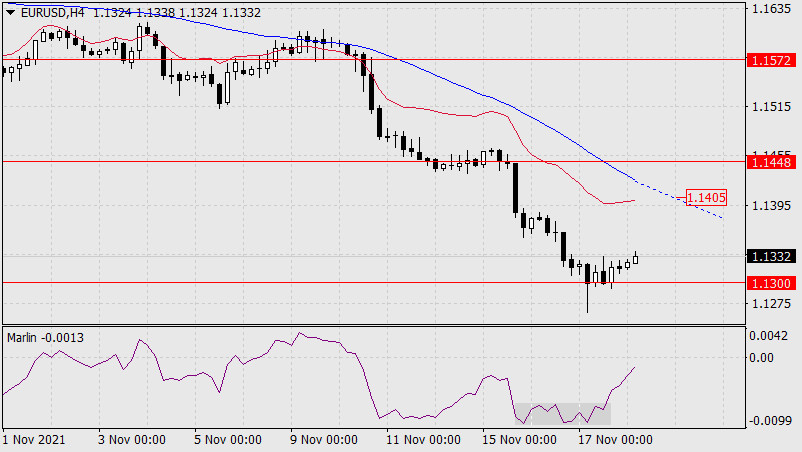 The signal line of the Marlin Oscillator has gone up from its own range, and this is also a sign of further growth. Confirmation of this will be the price exit above the MACD indicator line, approximately at the level of 1.1405. We are waiting for the reversal confirmation.