Unfortunately, the euro failed to settle above the important level of 1.1300, which we considered as the main scenario in the last review of November 19. We named the increased trading volumes on the 18-19th as one of the factors of the reversal. But on Friday, the daily trading volumes were even higher, the highest in November. This circumstance may indicate that the euro reversal is nevertheless conceived, but it will be implemented according to a more complex technical scheme, in a market struggle. The bears' first target is the 1.1170 level - the support area of March 2019 and June 2020, as well as the resistance area of October 2019. Overcoming this level will open the second target - 1.1050. 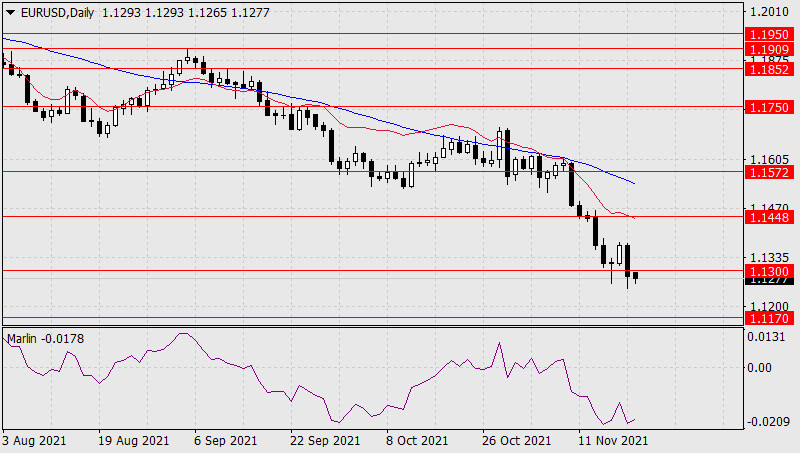 On the four-hour chart, the price has settled below the target level of 1.1300, the Marlin Oscillator looks fixed in the territory of the downward trend. The price also remains below both indicator lines. We look forward to further price reductions. 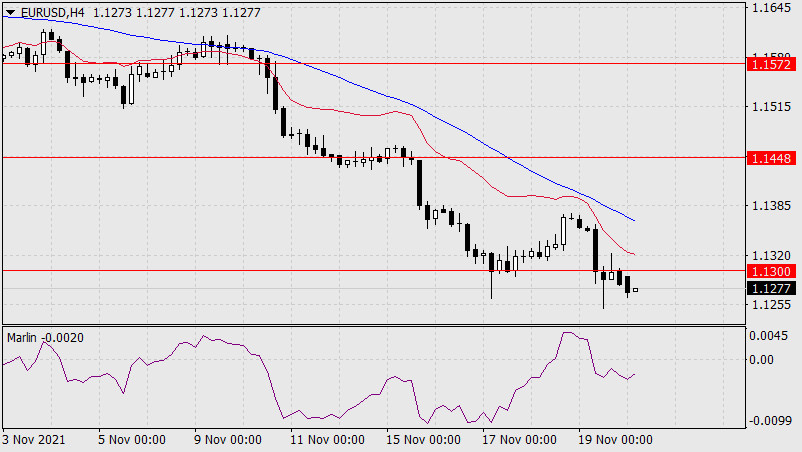