Yesterday the euro closed with a slight increase, which kept the main technical sentiment - continued decline to the target level 1.1170 - to the resistance of March and December 2015. 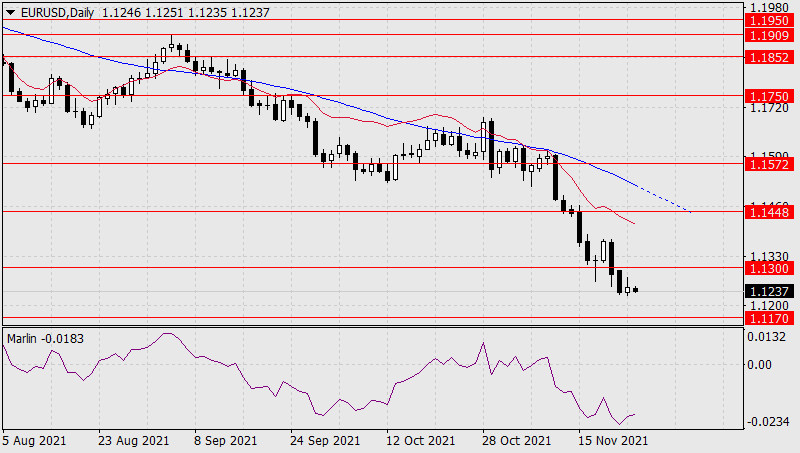 On the four-hour chart, the price converges with the oscillator, but there is a suspicion that the convergence will be broken, since the price does not try to break above the balance and MACD indicator lines, the local trend remains downward trend. 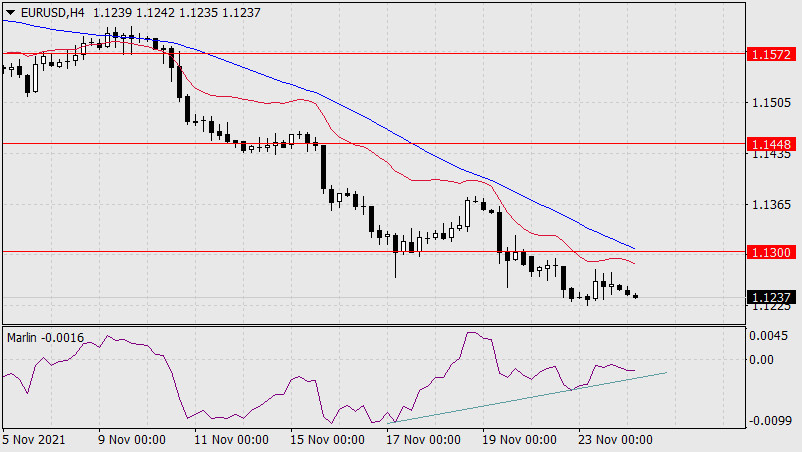 Investors are probably already preparing for the European Central Bank meeting, which will be on December 2, and at which QE will most likely be announced, so the market goes into standby mode and we will face chaotic dynamics with false movements in both directions.

Formally, consolidating above the level of 1.1300, which will also mean that the price will go above the MACD indicator line at H4, is a sign of a change in the short-term trend (in the correction of the average height) to the 1.1448 area, but this may be a false signal.

Trading in the euro, thus, before the meeting of the ECB acquires an increased risk.