Yesterday, the euro slightly fell as a correction from the growth on the 26th, generally keeping the sideways movement in the range of 1.1170-1.1375. 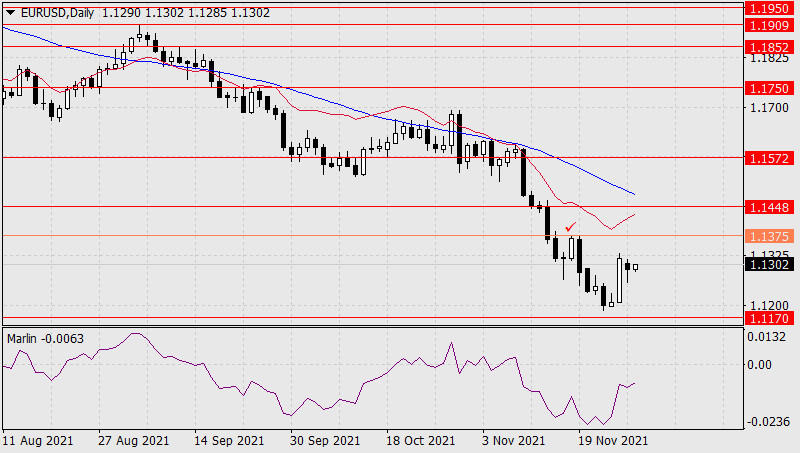 The Marlin Oscillator is growing and, most likely, the level of 1.1375 will be reached. Exit above it will mean the euro abandoning the sideways movement pattern in favor of the traditional corrective growth to the target level of 1.1448, which is being approached by the MACD indicator line, strengthening it. From this level, there may be a price reversal downward, into the previous downward trend, and in case of consolidating above it, this will mean a change in the medium-term trend. 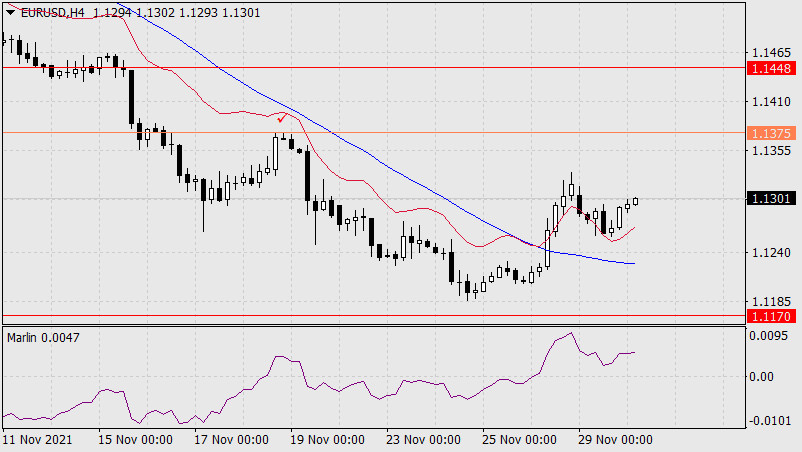 On the four-hour chart, the price has settled above the balance and MACD indicator lines, the Marlin Oscillator is turning up in the positive area. We are waiting for the price movement to the signal-target level of 1.1375.