The euro has an equal chance of rising and falling on November 9. Yesterday, the euro gained 19 points, breaking the technical level of 1.1572 by force and forming a convergence with the Marlin Oscillator on the daily chart. Thus, the euro did not deepen the correction and did not begin to form a sideways range. Although in order to fully form a growing trend, it still needs to go above the MACD indicator line (1.1610). Another point is noteworthy - the index of investor confidence in the eurozone, according to Sentix, did not fall as expected for the current month, but increased from 16.9 to 18.3. And even if this indicator is secondary, its optimistic growth may mean that the ZEW economic sentiment indices published today may turn out to be better than forecasted. 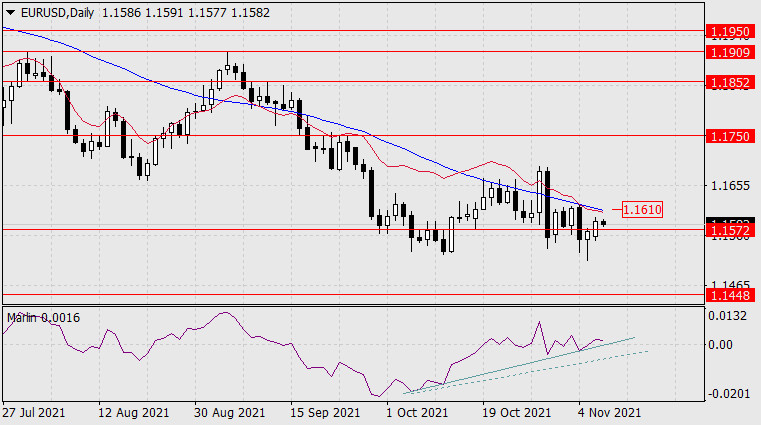 Marlin Oscillator entered the growth zone on the daily. This increases the probability of the price's success in attacking the MACD line.

Convergence with the Marlin Oscillator is also formed on the H4 chart. The indicator itself is in the positive area. To strengthen the price consolidation above the level of 1.1572, the price needs to settle above the MACD indicator line (1.1598). And while this is not the case, the price has a chance to renew the low on November 5th and form a double convergence with the oscillator. This option is indicated on the graph with a dashed line. 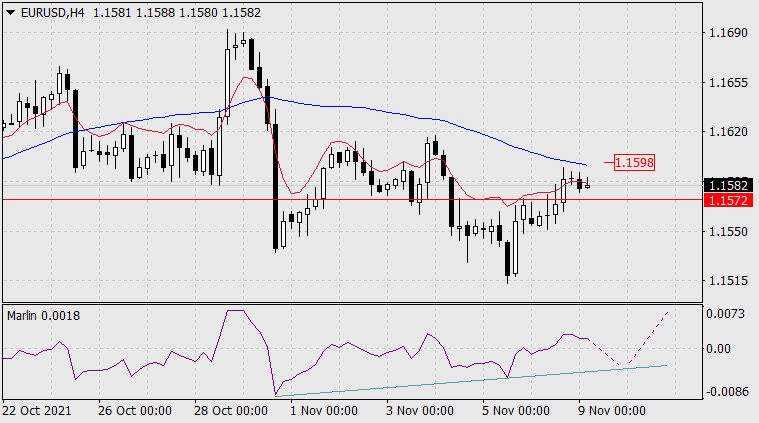 Both options - continued growth and renewed convergence - have the same chances of being realized. We are waiting for the development of events.