Yesterday, the British pound, like other world currencies, showed wide-range trading after the Federal Reserve Chairman Jerome Powell acknowledged the current high inflation is not a temporary phenomenon, and voiced intention to consider the QE rollback at a higher pace at the December FOMC meeting. The pound has a trading range of 178 points. The target level of 1.3160 was not reached, in fact, a large lower shadow on the daily scale may indicate a price reversal upward, but the day closed below the Fibonacci level of 138.2%, which keeps the likelihood of another attack on this level. 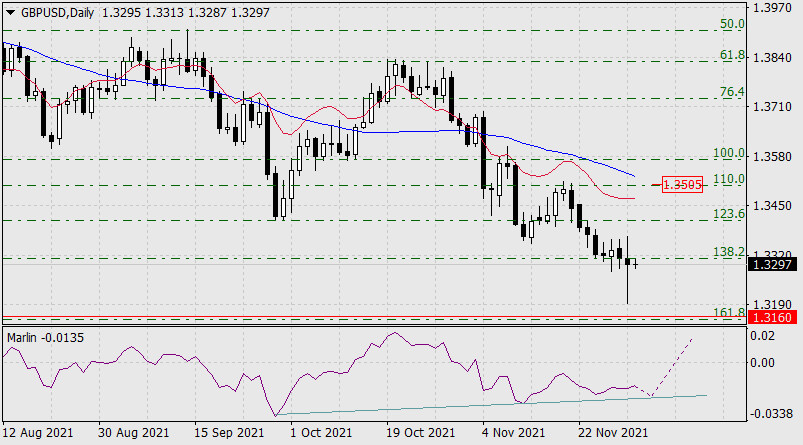 As a result, this option can lead to double convergence, as shown on the oscillator chart by the dashed line. Consolidating above the 123.6% Fibonacci level may develop further growth towards the 1.3505 target - to the 110.0% Fibonacci level. The MACD line is also approaching it. 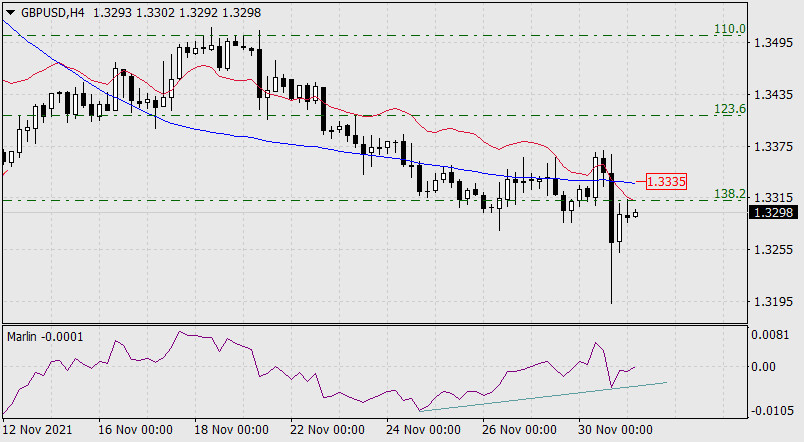 There is already convergence on the H4 chart. But for it to be effective, not broken, the price must break above the MACD indicator line above 1.3335.

Thus, the situation does not currently have a preferential direction. Obviously, investors are waiting for new information from the Fed, WHO, statistical services.