The yen looks in the direction of strengthening again. Last Friday, the yen traded in the range of 53 points, and did not dare to go above the signal level of 114.46, which opens the way for the price to the target range of 115.80-116.15. 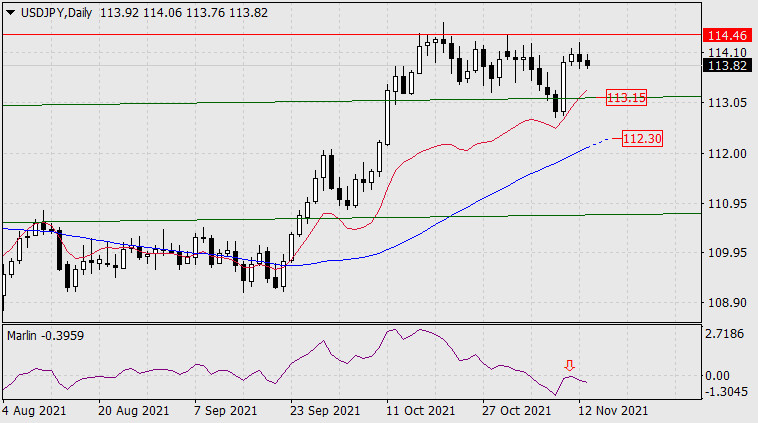 On the daily chart, the signal line of the Marlin Oscillator reverses downward from its own zero line. This means that the price rally in the previous two days was a correction from the decline since October 20th. If the price moves below the support of the price channel at 113.15, it will confirm the price's intention to move further down. The bears' first target at 112.30 is the MACD line. 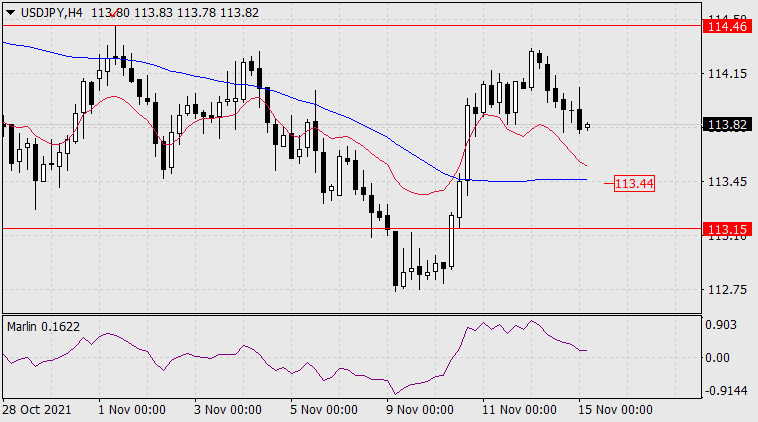 On the four-hour chart, the price is declining, but is above the indicator lines. A decline in the price under the MACD line, below the level of 113.44, will be the first serious sign of a price choice in a downward direction.