The US dollar strengthened against most world currencies on Monday, and added 87 points against the Japanese yen, decisively heading to the target range of 115.80-116.15. Such decisiveness is also indicated by the Marlin Oscillator, which has moved into the zone of positive values and has broken the line forming the divergence. 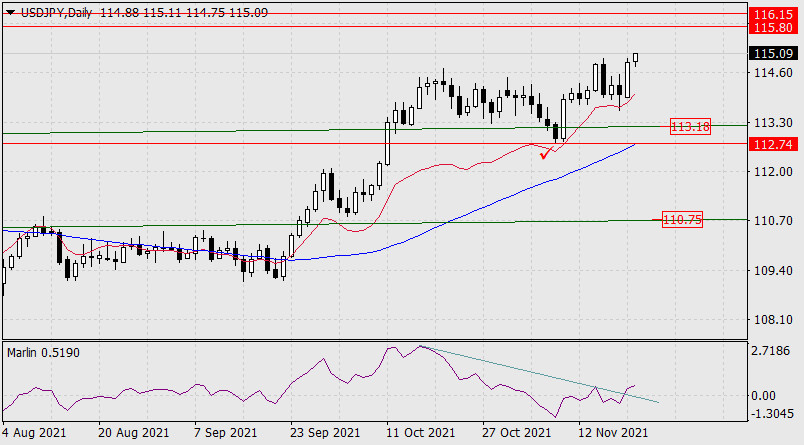 A completely upward trend has developed on the four-hour scale: the price has overcome the resistance of the balance indicator line (red), which empirically means a shift in the market's interest in buying. The Marlin Oscillator has infiltrated the bulls' zone. 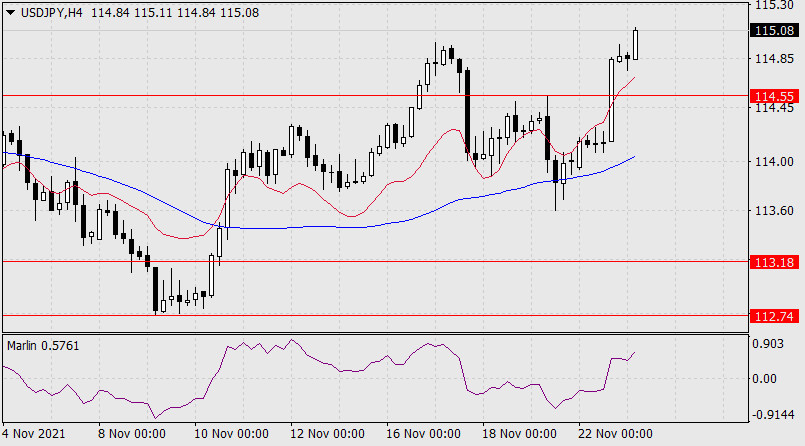 Also, the price went above the local signal level of 114.55, which fulfilled the last condition of the market for further growth.