As a result of Friday's collapse in the stock markets (Euro Stoxx 50 - 4.74%, S&P 500 -2.27%), the yen strengthened against the dollar by 1.72% (197 points). The first bearish target was reached, the price slowed down on the embedded price channel line of the weekly timeframe. Now, according to the main scenario, the price will have to overcome the support of the MACD indicator line at 113.06, after which the 110.75 target will open in front of it - the lower line of the price channel. The Marlin Oscillator has forcefully entered the territory of the downward trend, divergence with the price is formed and confirmed. We look forward to further price reductions. 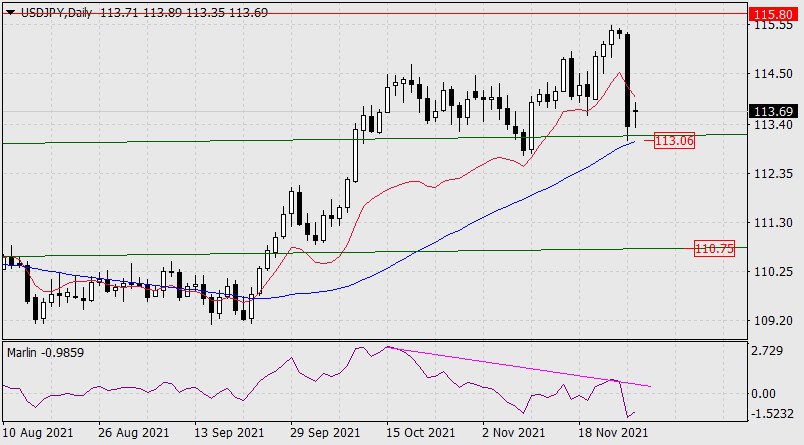 On the four-hour chart, the price has consolidated below both indicator lines - below the balance line and the MACD line. The Marlin Oscillator is already leaving the oversold zone, which tells us about the impending price correction before its further decline. The limit of such a correction is seen as the Fibonacci level of 50.0% at 114.30, which is the November 12 high (checkmark). 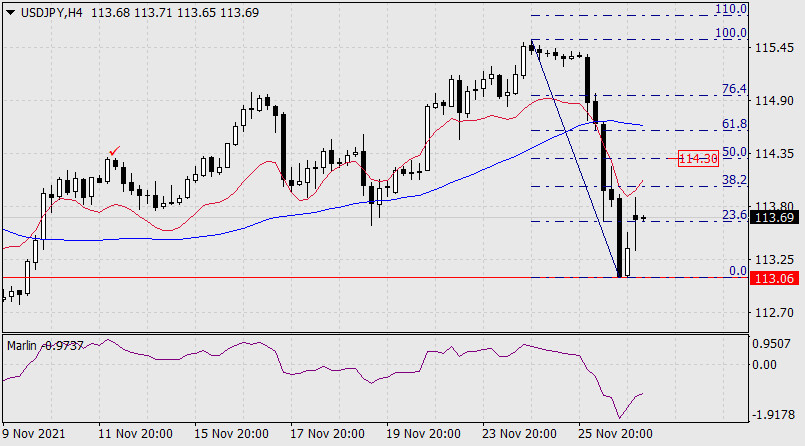