The yen is preparing three scenarios for further development on November 3. The yen traded in a small range on Tuesday, closing near the day's opening level. Today is a public holiday in Japan, and in the evening the US central bank will present its plan for monetary policy. If the Federal Reserve decides to start cutting QE from November, then the dollar will choose to strengthen, and the USD/JPY pair will head to the target range of 115.80-116.15. The benchmark for this target is the August 2015 low and the January 2015 low. A signal for growth will be when the price crosses the starting level of 114.46. 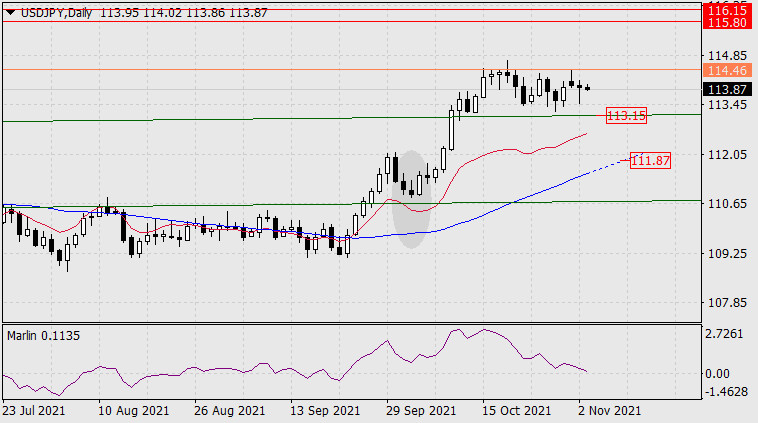 An alternative scenario exists: the Marlin Oscillator is introduced into the zone of negative values, the price, having received a downward impulse, will cross the support of the trend line of the price channel at 113.15 and continue to decline to the MACD line in the area of 111.87. This goal may not be achieved, as it was on October 4-5, this moment is indicated on the chart by a gray oval. 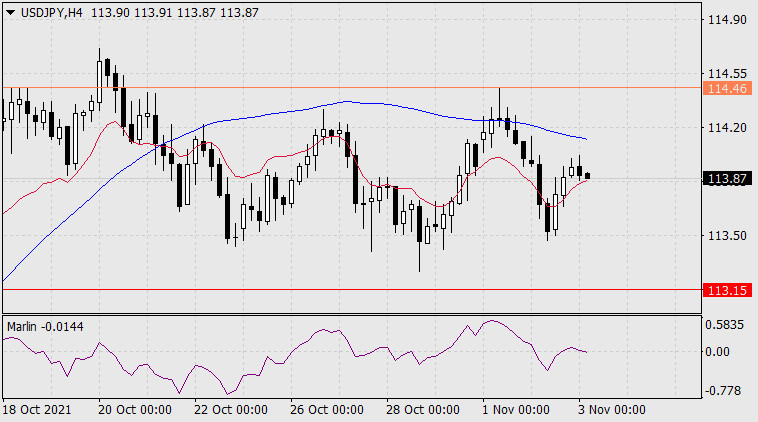 The price is also in a neutral position on the four-hour chart: the Marlin Oscillator is on the neutral zero line, the price is between the balance (red) and MACD (blue) indicator lines.