Yesterday, the USD/JPY pair once again tested the strength of the embedded line of the price channel of the higher timeframe, it is shown in green on the chart. Now this support was strengthened by the MACD indicator line - the price rebound to the upside turned out to be qualitative. The Marlin Oscillator supports the reversal, but still remains in the negative area. 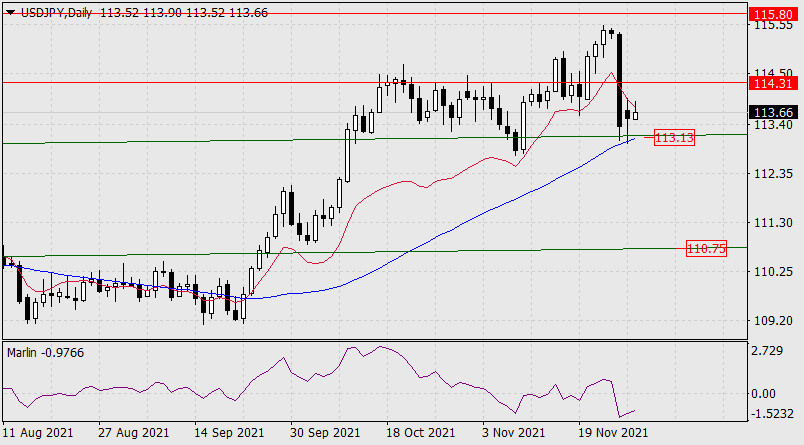 However, the reversal should be confirmed. A visually strong resistance level is the upper border of the consolidation on October 26-November 4 at 114.31. It is also desirable to receive confirmation from the Marlin Oscillator, which needs to move into the zone of positive values. 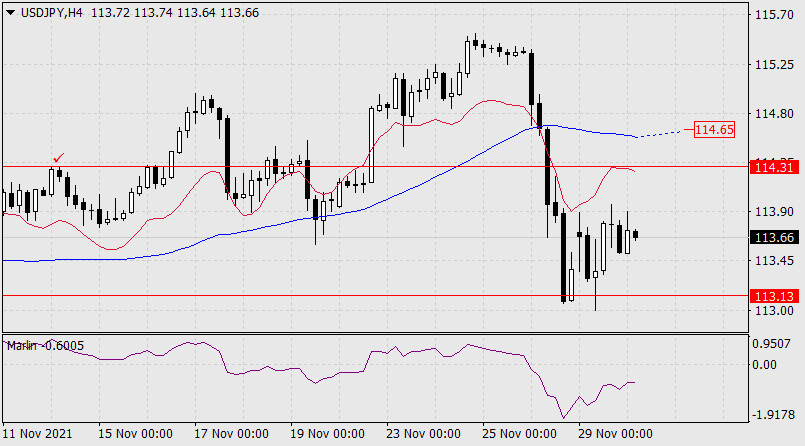 On the chart of the four-hour scale, the bulls' shortcomings, or rather the inadequacy of the work done by them, is seen more clearly. The price is still far below the balance and MACD indicator lines, the Marlin Oscillator is moving up slowly and is still in the negative area. Therefore, the likelihood of another attack on support at 113.13 remains high. We are waiting for the development of further events, the formation of any technical signals or the strengthening of the existing prerequisites.