GBP/USD changed little in the short term, trading at the 1.3488 level. In the short term, the outlook is bullish, so we cannot exclude further growth. This scenario could take shape if the DXY drops deeper or if the UK data comes in better than expected later.

Earlier this morning, the Gfk Consumer Confidence was reported at -14 points above -18 points expected and compared to -17 in the previous reporting period. Later, the Retail Sales could report a 0.5% growth in October versus a 0.2% drop in September, while the Public Sector Net Borrowing could be reported at 12.2B compared to 21.0B. 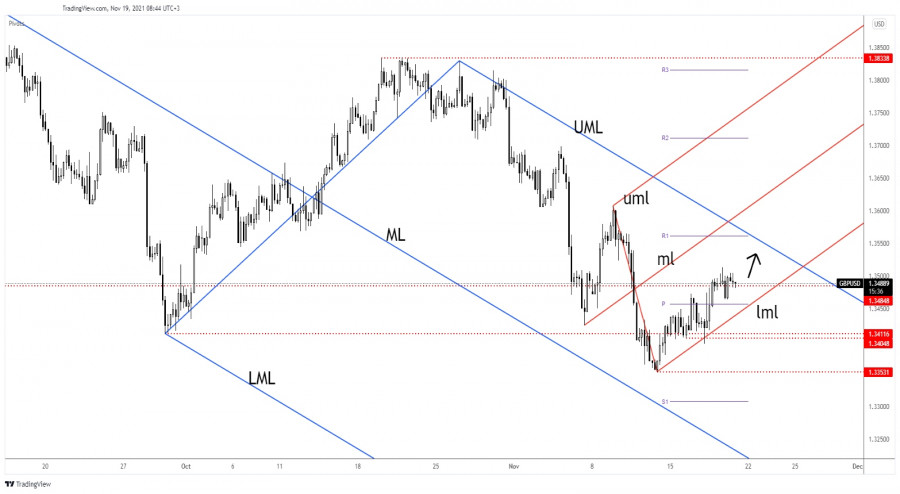 GBP/USD was somehow expected to grow in the short term after retesting the ascending pitchfork's lower median line and after registering only a false breakdown. Now it tries to stay above 1.3484 static resistance.

Better-than-expected UK data and DXY's drop could force the pair to climb towards the descending pitchfork's upper median line (UML). As you can see on the h4 chart, the pair failed to retest the weekly pivot point (1.3457) level signaling strong buyers.