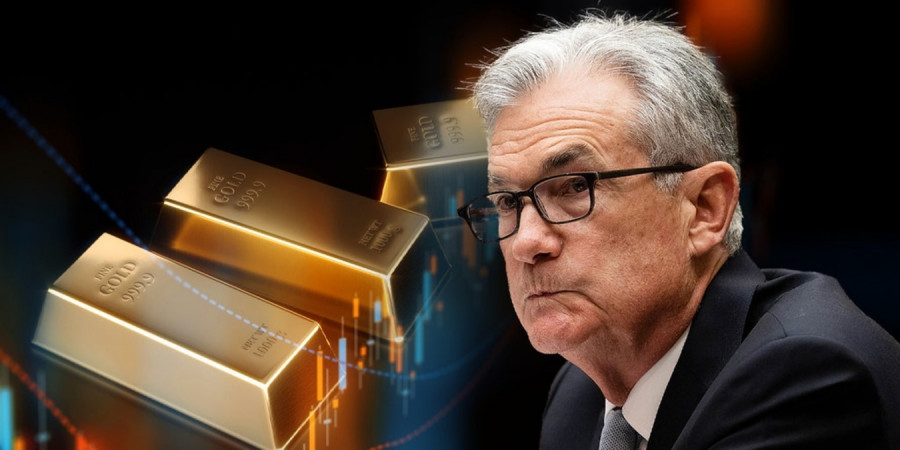 The previous trading day turned into a real drama for gold. Even before the Fed announced its decision on the future of interest rates, gold prices had plunged sharply to an almost 3-week low.

The previous trading day turned into a real drama for gold. Even before the Fed announced its decision on the future of interest rates, gold prices had plunged sharply to an almost 3-week low.

On Wednesday, investors were awaiting the decision of the US Federal Reserve to start phasing out its bond buying program. The news came after the session of the New York Mercantile Exchange's COMEX division ended. Therefore, the official statement of the US regulator did not affect the final price of gold.

During yesterday's trading, the main high-impact event for the precious metal was data on private payrolls in the United States. The ADP Employment Report showed that the indicator turned out to be much better than expected. Last month, the country added 571,000 new jobs, while economists predicted an increase of 395,000.

"Investors who were itching for an opportunity to attack gold were given the thumbs up on Wednesday following the strong ADP jobs report. The precious metal tumbled like a house of cards, cutting through multiple support levels like a hot knife through butter," analyst Lukman Otunuga commented on the situation. 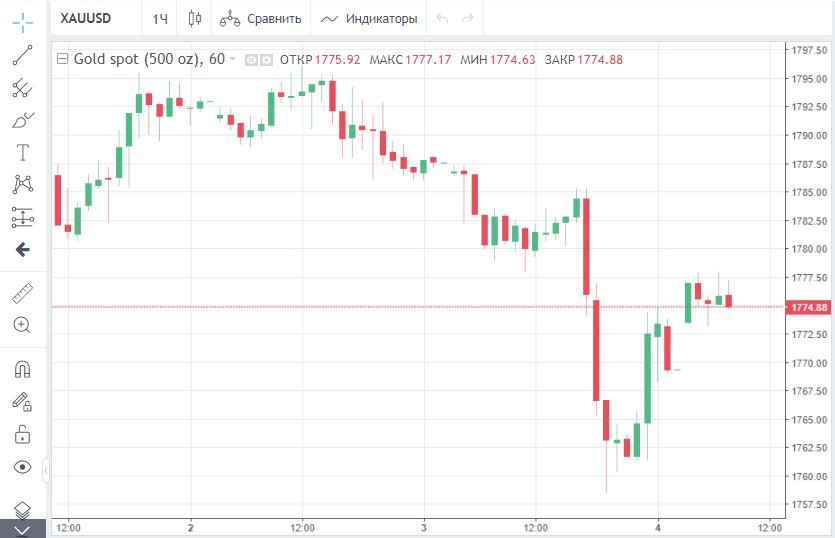 However, the comments of Federal Reserve Chairman Jerome Powell supported gold in after-market hours trading. Summing up the results of the two-day monetary policy meeting of the Fed, Powell said it would be premature to raise interest rates now.

"The focus of this week's meeting isn't on raising rates, but on tapering," the Fed chairman said.

Due to the fact that the US economy had reached its previously set major goals, on November 3, the central bank decided to begin to cut the pace of its monthly asset purchases by $15 billion.

However, the regulator kept its interest rates unchanged near zero in line with market expectations. Many analysts predict that the Fed will start raising them only by June 2022.

Powell mentioned this period in his speech. He stressed that the labor market could reach full employment by the second half of next year, which would allow the regulator to consider higher interest rates. At the same time, there is still ground to cover to reach maximum employment, he noted.

Meanwhile, economist Paul Ashworth believes that the Fed will not only not rush to hike interest rates but also will most likely postpone this process. According to him, the regulator will not begin to raise interest rates until late 2023.

The expert attributes this to the fact that the Fed is still too "soft" in defining inflation. In yesterday's speech, Jerome Powell acknowledged that the situation with a rise in prices was uncertain and caused concerns. At the same time, he reiterated that the rise in inflation this year was transitory and it would not meet the standard for raising interest rates. "We should see inflation moving down in the second and third quarters" of next year, Powell said, adding that if so, "policy will adapt appropriately."

With the central bank considering a rise in prices as temporary, and in response to Jerome Powell's statement that the Fed would not rush to raise interest rates, gold started to advance. In electronic trading, gold prices rose by around $15 from daily lows and settled at $1,773.70.

Traders are recommended to read the following articles: