High inflation is not the only criteria for raising rates. ECB policy will remain soft

Pound fell on the news that UK GDP grew less than what the Bank of England had predicted. At the same time, consumer spending showed signs of weakening due to high inflation. All this points to a potential rate hike by December this year. 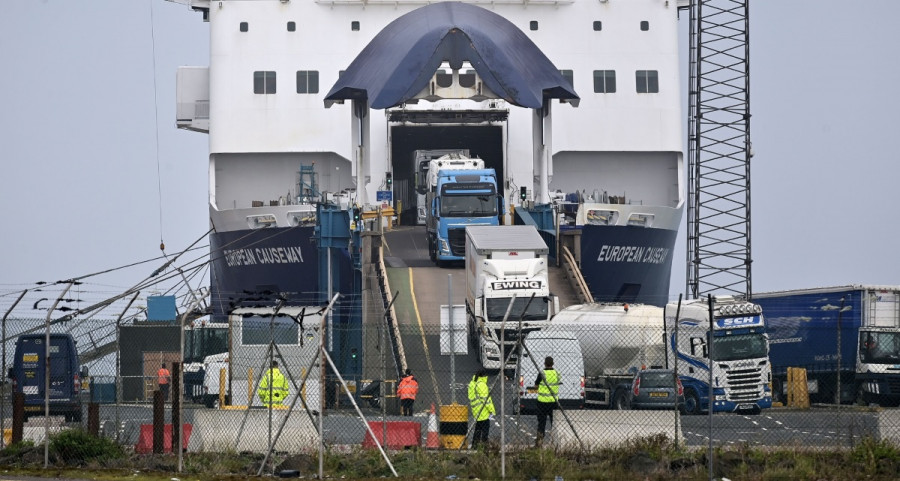 According to the report of the Office for National Statistics (ONS), UK GDP grew 1.3% in the third quarter, slightly below the projected 1.5%. The reason was the decline in consumer spending as it offset the stronger-than-expected 0.6% growth in September. Clearly, high inflation is undermining living standards and forcing more attention to savings.

As such, some experts believe that raising rates this December is the right decision, especially since Bank of England officials warned that inflation would rise far beyond the target 2%. Economic recovery will also slow down in the fourth quarter due to supply shortages, rising prices and the end of fiscal support.

Taking a closer look at the report, the service sector grew 0.7% amid increased activity in the health sector. Meanwhile, consumer-facing services fell 0.6% on lower retail sales. The ONS said this will increase the fears of the Bank of England as households prepare for a sharp increase in electricity bills and tax hikes in 2022. 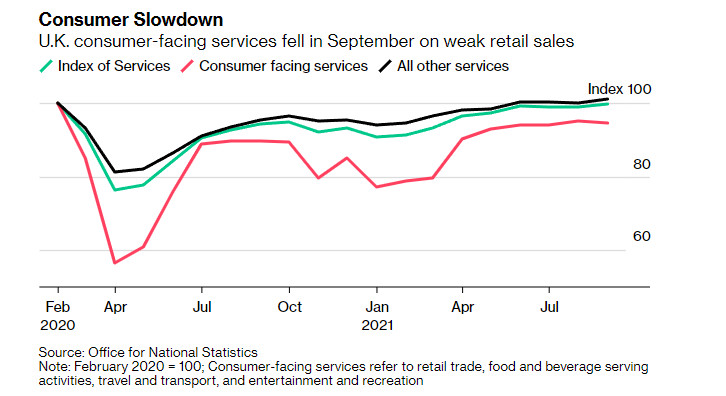 Regarding the labor market, another 1 million citizens reportedly lost their jobs. Also, since October 1, the UK government has stopped paying additional subsidies for those on paid leave. This means that the upcoming reports will show the real situation of the sector, which will influence how the central bank makes decisions on monetary policy.

Another equally serious concern for the UK is its EU policy and compliance with the trade agreement that was signed after Brexit.

The European Union warned yesterday that negotiations with the UK aimed at resolving the diplomatic dispute over Northern Ireland could be deadlocked if Boris Johnson's government does not agree to change its position. A European Commission official said both sides are facing obstacles in three important areas. Clearly, the bloc cannot accept the UK's position on the European Court of Justice.

The UK has long been demanding a major overhaul of the agreement, arguing that its implementation is causing significant damage to businesses and communities in Northern Ireland. Johnson has repeatedly warned that he will suspend part of the agreement if the EU does not agree to rewrite it. In addition, he is also demanding that the European Court of Justice be prohibited from interfering with the oversight of trade mechanisms in the region.

But during the negotiations over Brexit, both sides agreed on an efficient customs border in the Irish Sea, while Northern Ireland continues to follow the rules of the EU single market to avoid creating a hard border on Ireland. This means thatUK goods entering Northern Ireland are subject to customs control if their ultimate destination is EU territory. Since its inception, this protocol has angered unions in the region, and the UK government has long said it is willing to resort to Article 16, which allows either side to take unilateral action to remedy violations. If the UK does this, then there will be no need to wait for a response from the EU. But the act is very critical for pound.

EU member states are divided over how to respond to the issue. France, Belgium and several Nordic countries are pushing for a very strong response, while other countries are calling for dialogue and a proportionate response.

Euro has been trading near monthly lows and it seems that it will drop even lower. 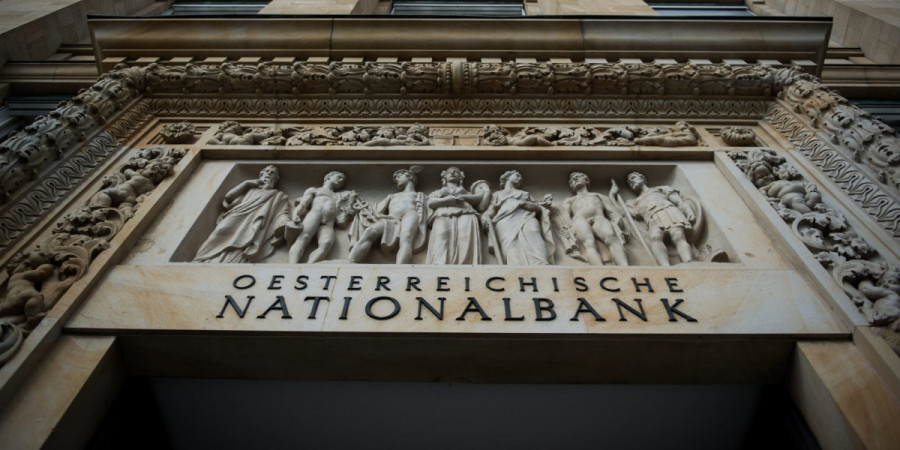 The reason was the statements of Governing Council member Robert Holzmann, which indicated that the European Central Bank may stop buying bonds as early as September next year if inflation returns to the target level. "Considering that all the goals have been met, the completion of the program may - depending on the development of inflation - occur in September or at the end of 2022," Holzmann said.

ECB chief Christine Lagarde also announced at their last meeting that the emergency bond purchase program will end in March next year. Meanwhile, there is no consensus on what to do with the central bank's usual bond purchase program, which currently stands at € 20 billion a month.

Interesting? Write a comment below.
 High inflation is not the only criteria for raising rates. ECB policy will remain soft
Forward 
Backward 