The active decline in the single European currency coincided with a similar decline in the pound, and there is an assumption that it's all about British statistics, which caused a rather noticeable increase in the dollar. That's just this assumption is not entirely true. The fact is that the British statistics themselves eventually turned out to be better than forecasts, which means they could not lead to such a noticeable weakening of the pound. Moreover, if it's really about British statistics, after which the pound pulled other currencies through the dollar index, then the scale of the weakening of the single European currency is confusing, which turned out to be even greater than that of the British currency itself. It turns out that it's something else.

Indeed, the sharp rise in the dollar began immediately after publications appeared in various media outlets with comments by Janet Yellen regarding the actions of the Federal Reserve. The former head of the US central bank, and now the Secretary of the Treasury of the United States, said that she would not like to be in the place of Jerome Powell, who faced the same choice that Paul Volcker faced at the time. Apparently, everyone immediately remembered how in 1980 the Federal Reserve sharply raised the refinancing rate from 5.0% to 20.0%. This was done solely in order to blow away the speculative bubble that had been inflating in the financial markets for a long time, as a result of which the real sector of the economy experienced a colossal investment hunger. And all this in the context of a rather severe economic crisis.

As a result of these actions, there was a real collapse of the financial market, but it was possible to launch a fairly long economic growth that stretched for almost two decades. Another thing is that at first it was like a shock, and Volcker was simply hated. To this day, the financial sector considers him the worst head of the Fed in the history of the United States. However, at the moment the situation is extremely similar to the one that developed by 1980. The economy is clearly not in the best shape, but the financial sector is growing by leaps and bounds. Many segments of the real sector of the economy are experiencing a real investment hunger, despite constant injections of funds from the state and the Fed. However, all these gigantic funds simply do not reach the real sector of the economy, settling just on the stock market, further inflating the notorious stock bubble.

Indeed, recently the idea has been increasingly heard that tough measures will have to be resorted to so that the financial sector moderates its appetites and investments go just into industry and the service sector. And it seems that there is only one way left - a sharp, and most importantly sudden, increase in the refinancing rate. It is quite possible that this is what Yellen was hinting at. And the words about the fact that she would not want to be in Powell's place refer to the fact that after that the current head of the US central bank will simply be hated. Although many years later, they may be recognized as the savior of the American economy. As it happened with Volcker. And the very probability of such a development of events became the reason for a rather impressive growth of the dollar.

Most likely, today the dollar will gradually lose its positions. Mostly due to the fact that it is still seriously overbought, and the market urgently needs to correct this imbalance. In addition, home sales on the secondary market in the United States should decrease by 1.0%. And the decline in consumer activity, which is the locomotive of the American economy. 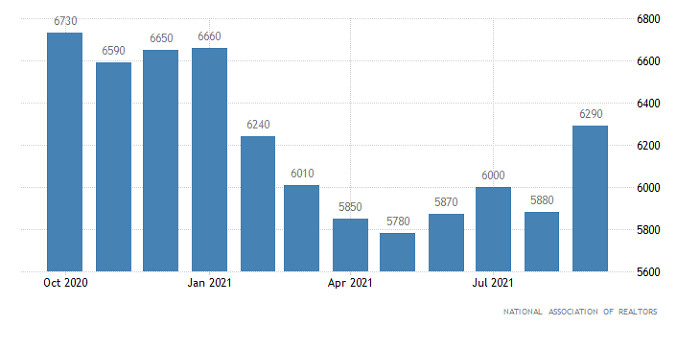 The EURUSD currency pair once again found an obstacle in the area of the pivot point of 1.1250/1.1260, where, on a natural basis, there was a reduction in the volume of short positions.

The technical instrument RSI in the four-hour period approached the oversold zone, but did not cross it. Formally, the indicator is still in the 30/50 zone, which is acceptable for selling.

On the daily chart, there is a downward trend since the beginning of June, which has already confirmed a change in trading interests in the market.

As a support, as before, the area 1.1250/1.1260 is considered, relative to which a subsequent price rebound is possible. At the same time, a signal to sell the euro will come from the market when the price is kept below 1.1245 in a four-hour period.

Comprehensive indicator analysis provides a sell signal based on short, intraday and medium term periods due to a downward cycle. 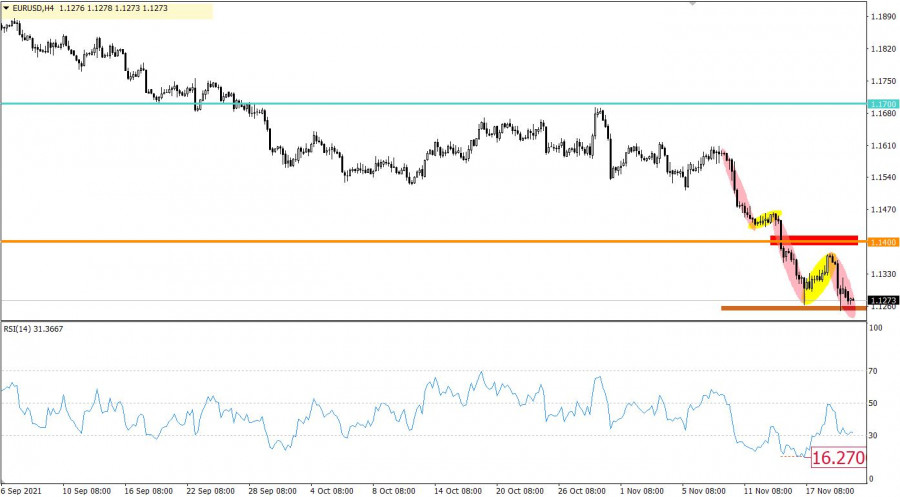