Given the complete absence of any macroeconomic data or other news regarding the UK and the United States, it is not surprising that the pound stood still all day. Moreover, the local correction took place at the end of last week. Today, the market will be more active, due to the fact that data on the labor market will be published in the United Kingdom. And it may well lead to an increase in the pound. The fact is that the unemployment rate should remain unchanged. And it seems like, if nothing changes, then there is no reason for any fuss. However, the pound is still clearly oversold, and even the stability of the unemployment rate, especially when it is so low, is a sufficient reason for growth. 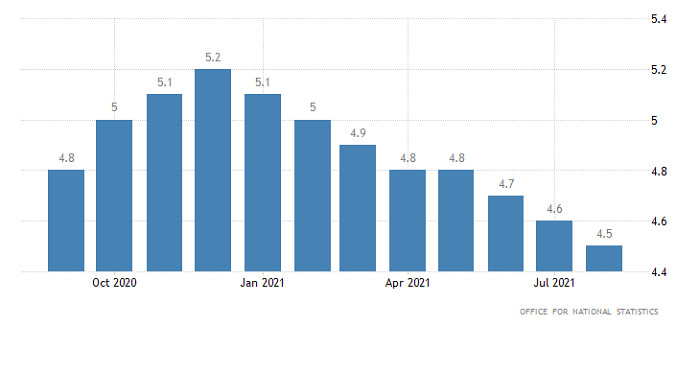 However, the growth of the pound will be short-lived, as US macroeconomic reports will overlap the British ones, and will start the process of dollar growth. The reason for this will be retail sales data. Formally, everything is not so good, since their growth rates may slow down from 13.9% to 12.0%, which seems to indicate a decline in consumer activity, which is the locomotive of the American economy. However, the figures themselves indicate the continuing impact of the low base effect. Consequently, the annual data is still not so informative, and it is better to look at the monthly ones for now. And just on a monthly basis, sales should grow by 1.2%. So nothing terrible happens. On the contrary, even despite the sharp rise in inflation, consumer activity continues to grow. Another thing is that the dollar's growth potential will be restrained by data on industrial production, the growth rate of which should slow down from 4.6% to 3.9%. But we are talking only about limiting the growth potential, and not about changing the direction of movement in the opposite direction. 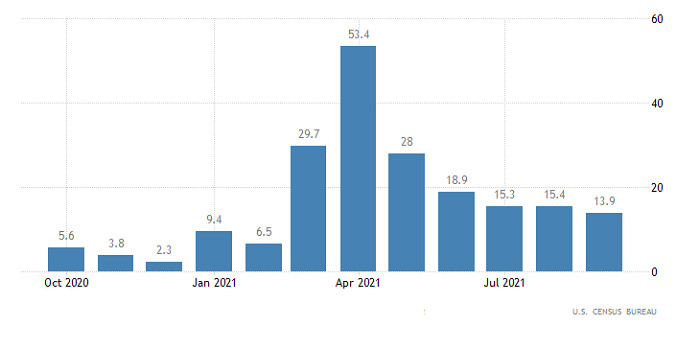 The British currency did not show proper activity against the US dollar during the past day. The quote stood still with a characteristic magnitude in the 1.3400/1.3440 range. In fact, a cumulative effect has emerged on the market, which is likely to lead to new speculative leaps.

The technical instrument RSI in the hourly period moves along the average level, which confirms the stage of stagnation.

On the daily chart, a gradual process of changing the medium-term trend is observed.

It can be assumed that the price movement in the 1.3400/1.3440 range will end soon. This will lead to a breakdown of one or another border with subsequent acceleration.

Buy positions on the currency pair are taken into account after the price has been kept above 1.3450. Sell positions should be considered after keeping the price below 1.3395.

Complex indicator analysis has a variable signal in the minute and hour periods due to price stagnation. Technical instruments in the daytime signal a sell-off due to a downward cycle.