In the US, strong data on the labor market spurred the growth of stock indices to new records 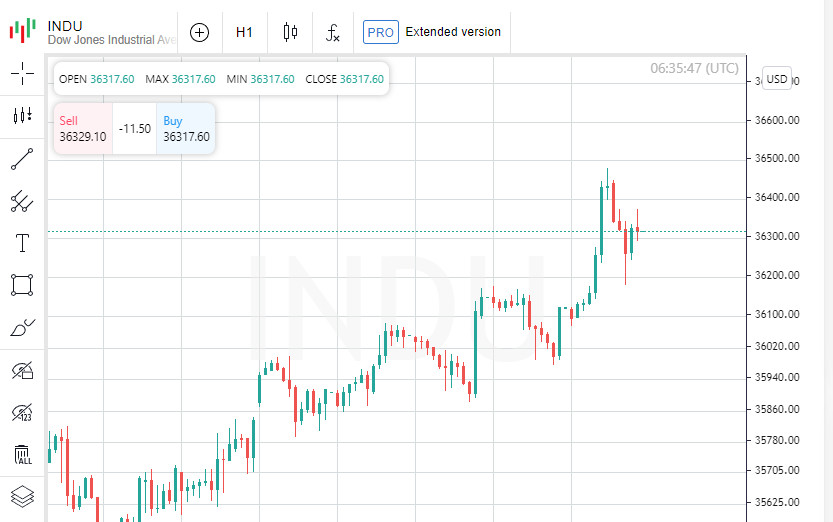 Over the week, the Dow Jones Industrial Average gained 1.4%, the S&P 500 rallied 2%, and the Nasdaq Composite gained 3%.

Pfizer Inc. Shares jumped in price by almost 11% by the end of trading. The pharmaceutical company said preliminary results from a trial of a drug it developed to treat COVID-19 showed 89 percent effectiveness. Pfizer plans to request FDA approval for the drug and expects to be able to begin shipping this year.

Merck & Co., another pharmaceutical company that is also developing a drug to treat COVID-19, fell 9.9%. Merck said last month that its drug reduced the risk of severe illness in 50% of cases.

Peloton Interactive Inc. collapsed by 35%. The company lowered its revenue forecast for the current year to $ 4.4-4.8 billion from the previously expected $ 5.4 billion, admitting that it underestimated the impact of the lifting of restrictions in the economy on its business. Peloton's sales forecast for the upcoming holiday season - $ 1.1-1.2 billion - turned out to be worse than the average forecast of experts polled by FactSet at $ 1.49 billion.

The papers of the portable camcorder manufacturer GoPro Inc. jumped 7.9% on the company's strong quarterly earnings. Earnings excluding one-off GoPro factors in the last quarter amounted to $ 0.34 per share, exceeding the consensus forecast of experts at the level of $ 0.2 per share, revenue increased by 13% to $ 317 million with an average market forecast of $ 292 million.

According to FactSet, about 82% of the S&P 500 companies that published their earnings for the past quarter beat earnings that beat analysts' expectations.

The number of jobs in the US economy in October increased by 531 thousand, at a maximum rate in three months, the Department of Labor said. According to the revised data, in September the figure increased by 312 thousand, and not by 194 thousand, as previously reported.

Unemployment in the United States fell to 4.6% in October, the lowest level since March 2020, down from 4.8% in September.

Experts on average expected an increase in the number of jobs in October by 450 thousand and a decrease in unemployment to 4.7%, according to data from Trading Economics.

The situation in the labor market is a key factor in the decisions of the Federal Reserve System (FRS) regarding the future level of the base interest rate. Fed Chairman Jerome Powell said during a press conference following the November 2-3 meeting of the US Central Bank that the maximum employment in the US economy can be achieved by the second half of 2022.

At the last meeting, the Federal Reserve decided to start curtailing the asset repurchase program. The central bank said it will reduce the volume of asset buybacks in November by $ 15 billion and will continue to cut the program in December.

Interesting? Write a comment below.
 In the US, strong data on the labor market spurred the growth of stock indices to new records
Forward 
Backward 