Outlook for EUR/USD on November 25. Currency market may close with no changes 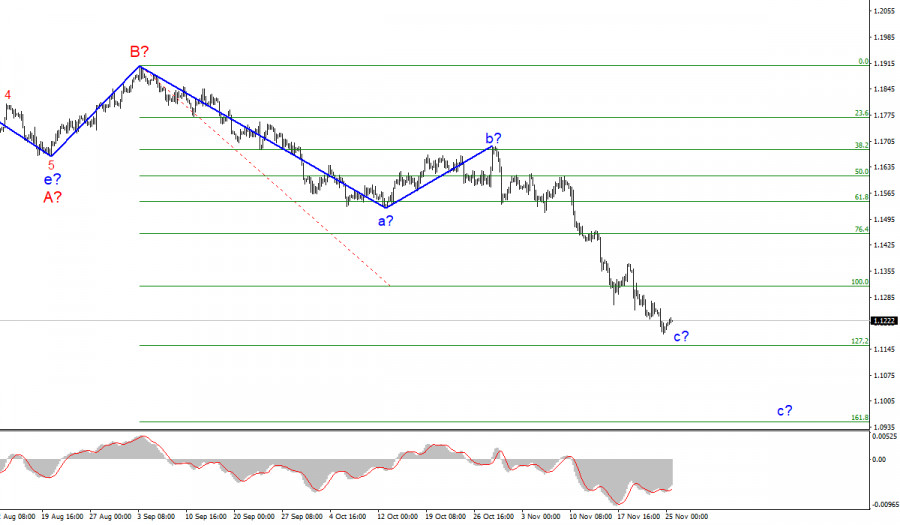 On the four-hour chart, the wave pattern for the euro/dollar pair does not require any changes. The trend area of a-b-c-d-e, which has been forming since the beginning of the year, could be presented as wave A, whereas a further rise in the price will be considered wave B.

Thus, wave C is still under formation. Notably, this wave could be quite long and could consist of five waves.

On Thursday and Friday, economic calendar is absolutely empty

On Thursday, there was no news that could influence the euro/dollar pair. During the day, the pair was hovering within 15 pips. Such a tepid market activity points to the fact that the wave pattern remained unchanged.

Today, the president of the European Central Bank (ECB), Christine Lagarde is expected to give a speech. Notably, last week, she delivered several speeches. That is why market participants will hardly learn something new. Christine Lagarde made it clear that the ECB would not raise the key interest rate in the near future. Only the PEPP program is set to end in March 2022. The PEPP was specifically intended to counter the impact of the coronavirus crisis on the euro area economy. According to rumors, the ECB may extend the asset purchasing program up to 60 billion euros from the current 20 billion euros. Thus, the PEPP program is likely to turn into the standard APP program.

Judging by the analysis, wave C may continue its formation. That is why traders may continue selling the trading instrument, receiving the needed signals from the MACD indicator. The targets are located around 1.1153, the 127.2% Fibonacci level, or lower. If the price fails to break 1.1153, a correctional wave could be formed. If the price breaks the mentioned level, traders may keep sell positions open with the targets at 1.0949. 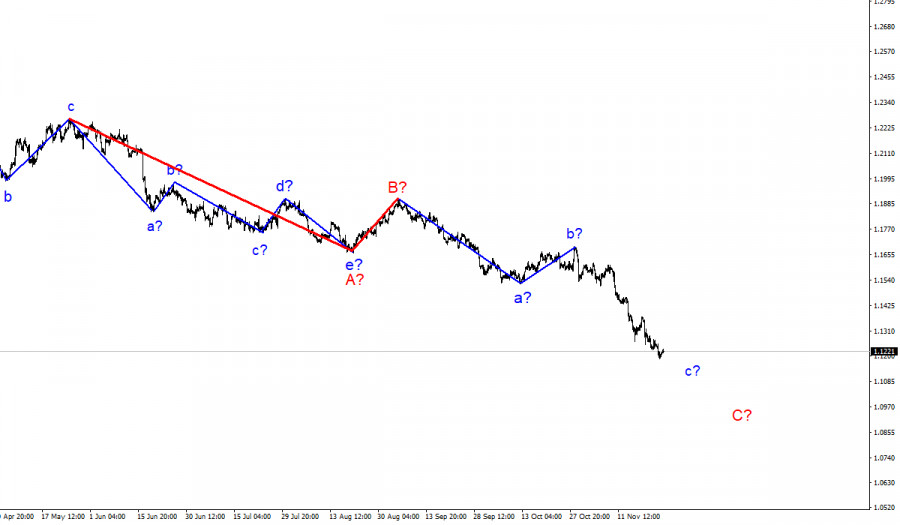 On bigger time frames, the wave pattern is still in force. The pair continues falling and a downward movement in the structure of the main trend that began on May 25 could turn into a correctional wave pattern of A-B-C. Thus, the pair may go on dropping for one or two months, until wave C is completed. It could consist of three or five waves.

Interesting? Write a comment below.
 Outlook for EUR/USD on November 25. Currency market may close with no changes
Forward 
Backward 