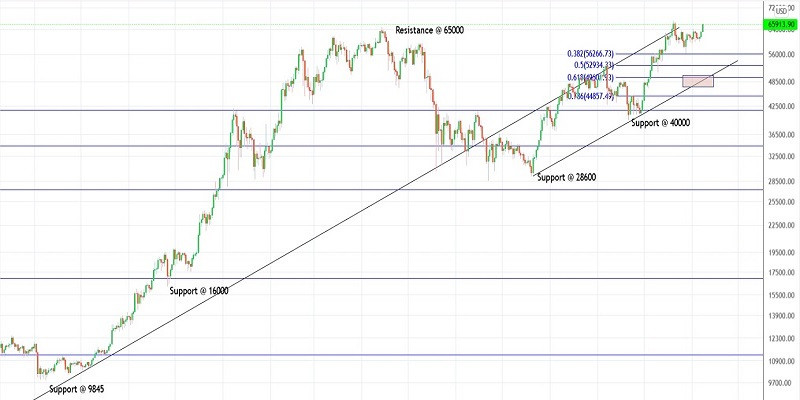 Bitcoin is approaching resistance around $66,000 and its all-time highs around $67,000 at the time of writing. The crypto still remains vulnerable to a decline from here until a $67,000 high is reached. A bearish reversal from here could drag prices lower back toward $50,000 before resuming higher again.

The Fibonacci 0.618 retracement of recent upswings between $40,000 and $67,000 is seen passing through the $49,500 mark. Further, the channel support trend line is also passing through the same zone and hence high probability remains for a bullish bounce. On the flip side, a push through $67,000 will open doors to the $75,000 mark.